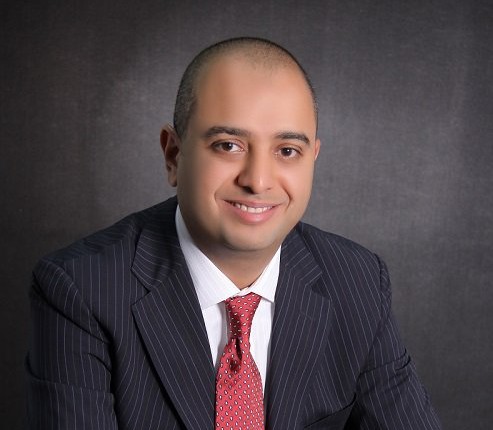 Ayman El-Gohary, the general manager for Cisco in Egypt and Libya, believes that following the flotation of the national currency and the launch of 4G licences, the Egyptian market is ready to receive more investments. These new developments will further improve the investment climate of the Egyptian market.

According to El-Gohary, Cisco considers the Egyptian market, which is the second largest market in Africa, as an emerging market; the company intends to focus on electronic security solutions, smart communities, and cloud computing applications through its strategy in the Egyptian market for 2017.

What is your evaluation of the investment climate currently, especially after the flotation of the Egyptian pound and the Supreme Investment Council’s decisions?

The decisions taken by the council are positive and will encourage investment and attract foreign direct investments to the Egyptian market, provided that investment obstacles are overcome. Various sectors are expected to see an increase in investment opportunities, especially in the telecommunications and information technology sector.

The flotation should have a positive effect on investment, despite the depreciation of the Egyptian pound against the US dollar. The next few days will see a move upwards and a decline of the dollar, but the exchange rate should stabilise by the end of the year, which will positively impact the investment climate.

In the short term, the market will face difficulties due to the flotation and the low purchasing value of the pound, but this will positively affect the Egyptian market and will drive its growth in the long term.

What are the obstacles disrupting investment?

The establishment and termination procedures for companies, governmental bureaucracy, and limited investment incentives, such as tax reductions or exemptions, especially for small- and medium-sized enterprises (SME). We must support the investment environment to become more creative, especially for SMEs.

What do foreign investors require to invest in the Egyptian market?

We need to clarify the position of current laws and whether these will be approved or not, such as the progressive income tax and profit law. Companies and investors need rules and clarity concerning laws so as to determine their plans and specify the expected investment size and to know the return on the investment’s value.

In other words, investors have no problem with new taxes being added, rather investors dislike being uncertain about them due to the lack of clarity and implementation mechanism.

How does the parent company evaluate the Egyptian market in light of the current changes?

Cisco considers the Egyptian market a promising one which possesses many opportunities for growth. It is expected to see acceleration in growth rates in different sectors, especially the telecommunications and information technology sector. The company knows the Egyptian market is the second largest market in the African continent, after South Africa.

The Egyptian market is considered as one of the largest markets in the Middle East, therefore the company is focused on it now. Many senior officials of the main company will attend Cairo ICT 2016, and we have roughly 80 employees working in Cisco’s office in Egypt.

Is the Egyptian market attractive for investment under the current circumstances?

Definitely, after the flotation and decisions taken by the Supreme Council of Investment, the Egyptian market has become more attractive for investment because the value of many things has dropped, thus reducing the cost of investment and attracting more investors.

What growth opportunities in the Egyptian market will Cisco focus on in the coming period?

Our focus remains on infrastructure mega projects, whether in the public or private sector. There are four main themes we are focusing on: the first is the telecommunication sector represented in its telecom operators—Telecom Egypt (TE), Vodafone, Orange, and Etisalat. This sector has many growth opportunities, especially after the launch of the 4G licences.

The second is the public sector, which has a special investment opportunity in light of the mega projects implemented by the government, such as the New Administrative Capital and the Suez Canal Economic Zone.

The third are the projects for the automation of government services, the fastest growing sector in the past two years compared to the period from 2011 to 2013, during which the size of the work carried out for the government sector doubled.

How did the 4G licence’s launch affect the market and the telecommunication sector?

Activating 4G services in general will revive the market and increases individuals’ productivity through allowing greater deployment of web services. It will also increase the cooperation between us and the four telecom operators, especially during their preparations to launch the service because we are a key partner in the infrastructure of processing 4G services.

What effect has the decline in tourism had on the services provided to this sector?

Telecommunication services provided to the tourism sector, especially to hotels in touristic areas such as Sharm El-Sheikh and Hurghada, are suspended. Hotels in Cairo and Alexandria are still operating in activities such as conferences and hosting business delegations.

What are the Cisco’s main technological solutions for 2017?

We will focus on electronic security solutions, solutions for cloud computing and data centres, software development (which will allow customers to access high degrees of productivity), and increasing the efficiency of our customers by upgrading the hardware and networks solutions they use, either through hardware or software.

We will focus on smart community solutions that can be applied to anything, such as a residential compound, a city, a company, or a bank

What size do you expect the business to grow to by the end of the year?

The size of our business grew at fast rates during 2015 and 2016. We hope to achieve a 10% growth in 2017 owing to the different economic conditions nowadays.