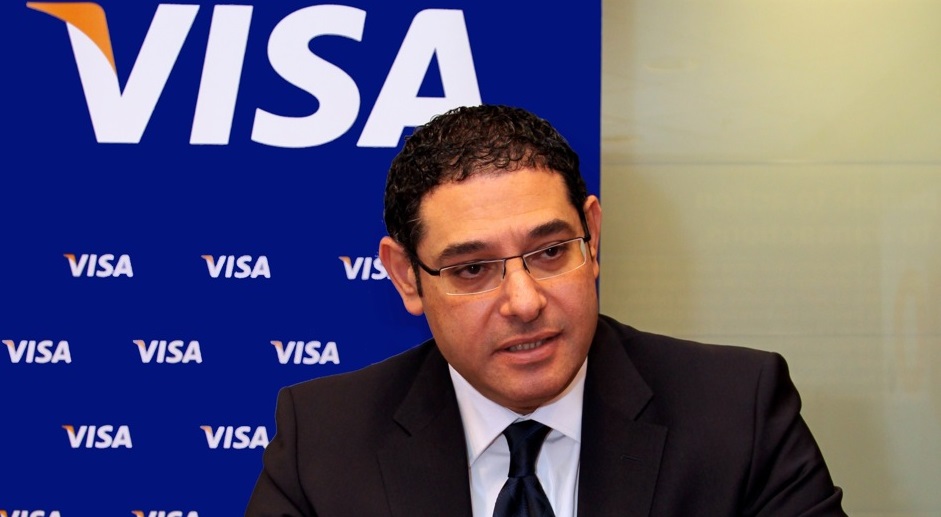 Consumer spending in Egypt reached $156bn, though the use of electronic payments accounts for only 2% of that sum, general manager for Visa in North and West Africa Tarek Elhousseiny said.

This small share of electronic payments in Egypt shows a great opportunity for everyone to work on the spread of this type of payment, Elhousseiny added at the Cairo Information and Communication Technology (ICT) exhibition.

“Visa encourages the spread of the culture of electronic payments to support the state’s efforts to expand financial inclusion,” Elhousseiny said.

He praised the establishment of a National Council for Payments, noting that it will have a great impact on the promotion of electronic payments in Egypt. This is considered proof of the leading role played by the government in the spread of this type of payments, particularly as the government is the largest provider of money in the community through salaries and various forms of subsidies, accounting for more than 40% of consumer spending in Egypt.

He continued that all sides should cooperate to provide such financial services to the millions of Egyptians who do not yet enjoy them, which prompted Visa to enter into strategic partnerships with several entities to achieve this goal.

Visa signed an agreement with the Egypt Post, which owns a large 25 million strong client base, with more than 4,000 post offices nationwide. The agreement aims to increase the number of people using electronic payments through adding thousands of traders working in the areas of those post offices.

Elhousseiny said that Visa considers Egypt a promising market for e-payments, and it is working according to a clear strategy to support the financial inclusion efforts through helping the government transform its cash payments for citizens into electronic payments. It operates through its strategic partnerships with various parties to reach a huge base of citizens and traders, as well as small- and medium-sized enterprises (SMEs).

Turning food subsidies alone into an electronic payments platform will allow about 20 million Egyptian citizens to benefit from the advantage of payments services through a secure and easy system. It also guarantees providing support for those who really deserve it and makes Egypt an influential international player in financial inclusion efforts, according to Elhousseiny.

He revealed that the company intends to launch its mVisa service in Egypt soon to provide a safe and comfortable environment for electronic payments and reach certain groups of people who have not experienced electronic payments before. This service will depend on the vast spread of mobile phones in Egypt, of which the penetration now exceeds 100%.

QNB ALAHLI and Visa partner to launch mVisa in Egypt

Egypt is a great example of financial inclusion in the region and across the world: Visa senior vice president

Mawarid Technology intends to inject $100m in investments into Egypt