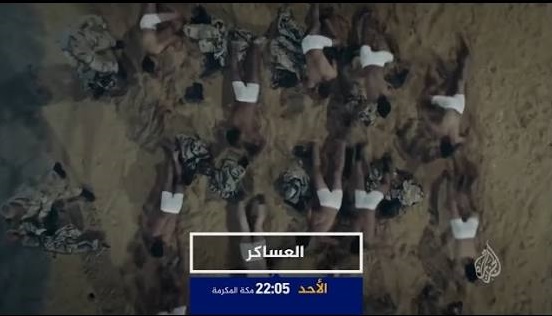 Following the broadcast of a controversial documentary on Egypt’s military conscription by the Qatar-based Al-Jazeera network, Daily News Egypt spoke to military expert Talaat Mosslam on Monday about his opinions regarding the allegations made in the documentary.

The documentary highlights the stories of several army conscripts who say they have been treated very poorly during their time in the army. They discuss several aspects of army life that the interviewees deemed humiliating and abusive, such as medical examinations for male virginity tests in which the conscript must be completely nude.

“This virginity test was not previously a part of the medical examination,” Mosslam said. “It may currently be necessary and there are justifications for it, but it is not meant to intentionally humiliate conscripts.”

Talaat claimed that Al-Jazeera wants to create a rift between the Egyptian people and the army by portraying military service in Egypt as a form of slavery. The army does, however, put conscripts to work in various projects across the country–work for which they are not paid.

“The Egyptian army is currently engaged in several projects that are directly related to the daily life of Egyptians,” Mosslam said, adding that their work is necessary for dealing with the deteriorating economic conditions in the country.

“Army involvement in projects such as providing citizens with food at low prices to fight greedy merchants is considered a necessity, but it should not be in an ongoing basis,” he exclaimed.

The documentary showed that conscripts were disillusioned with the basic training they received. Many of the testimonies allege that they are not trained as efficiently as the state claims they are. One conscript said that during his time in the army he had only fired three shots in training.

“On a regular basis, we as conscripts do not get to practice our marksmanship during training without the supervision of sergeants,” a conscript told Al-Jazeera. Some sergeants do not allow the conscripts to carry a gun, he continued.

Mosslam dismissed these claims by saying that the army is divided into different specialisation, and depending on which division a soldier is placed, he may not be required to undergo firearms training.

“When some conscripts complain that they only get to fire three bullets throughout their entire service, it may be because of the specialisation, the nature of which may keep them away from guns,” Mosslam claimed.

Perhaps the most controversial revelation in the documentary however is the exploitation of conscripts in order to carry out non-military endeavours or to cater to the needs of their superiors. The documentary said that many conscripts spend their time tending to the personal needs of their leaders, cleaning their shoes and clothes, preparing them food and drinks.

Mosslam conceded that it may happen on an individual basis, but officers found doing so face punitive action. He added that every army has “stick orderlies”, whose job it is to tend to their commanders.

“The stick orderly is usually needed during field operations and battles when the battalion’s leader does not have time to attend to his personal needs as he is busy making plans and following troop movements; but if any kind of humiliation or slavery is practiced, action should be taken,” Mosslam explained.

Egyptian officials have also reacted to the documentary. The official spokesperson for the Foreign Ministry, Ahmed Abou Zaid, spoke to the privately-run ONTV channel. During a phone interview on talk show Abou Zaid called the documentary a miserable effort to spread scepticism regarding the Egyptian army.

The army has not responded directly to the documentary’s content; however, army spokesperson Mohamed Samir posted another documentary on the daily life of an army conscript produced by the army on his Facebook page.

He further rebroadcasted a televised episode produced by the privately-run CBC channel. The one-hour episode showed a day in the life of conscripts and officers from commandos forces, known in Egypt as Al Saa’ka.