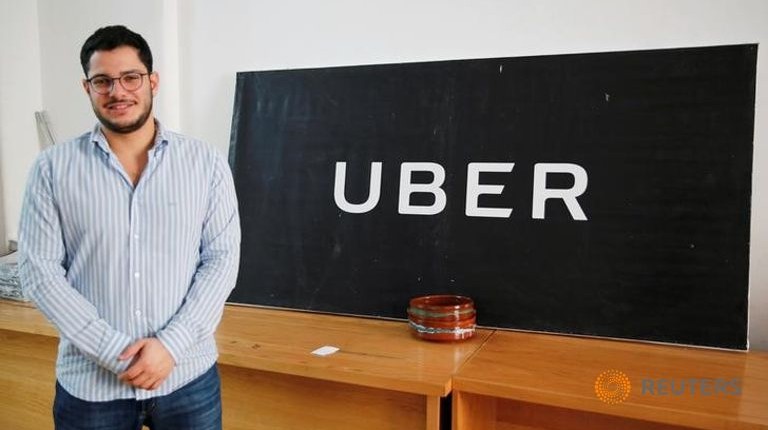 Uber-Egypt began increasing its investment in the Egyptian market, earmarking investments of EGP 500m for the next two years since September. General manager of Uber-Egypt, Anthony Khoury, told Daily News Egypt in an interview that the company is also working to establish a regional technical support centre in Cairo to provide its services to countries in the Middle East and North Africa.

Moreover, he said that Uber is in discussion with a bank to provide a strategy where financing the purchase of new and used cars via instalments will be a smoother process for those who wish to work with the company. Those future drivers will also receive trainings to prepare them to join the fleet before obtaining the cars.

You have begun your work in Egypt at the end of 2014. How did Egypt’s investment climate change in the past two years?

We started our activity in the Egyptian market at the end of 2014, but actual operations began in 2015. In general, it takes people longer to get familiar with technology and for it to spread. Firstly, we only allowed credit card payments, but now, we also accept cash payments. This is why our growth was a little slower in 2015.

However, in 2016, our growth accelerated, especially with the spread of smartphones and users adopting similar technologies.

The investment situation in Egypt now is best suited to inject new investments, which is what we are doing. Since September, we have initiated our expansion plans in Egypt, including injecting EGP 500m into the market over two years.

What will the EGP 500m tackle in Egypt?

Our investment plans in the Egyptian market tackle several fronts. We will open a regional support centre to provide support for countries in the Middle East and North Africa, especially French-speaking countries. We shall also fund the expansion of our support centre—we recently obtained a new headquarters of 1,500 sqm, which can take up to 180 employees.

According to the data we have, 40% of our drivers were previously unemployed. This is why we decided to soon launch a vehicle solution system to employ youth and provide another source of income to them, provide them with training programmes, and assist them in granting cars, which they will be paying for in instalments through their profits. The service would include both new and used cars.

We have agreed with a private bank to finance the project. Minimum working hours will be set to ensure repayment of instalments and securing an adequate profit for the drivers. Moreover, the instalments will be deducted directly from the proceeds to ease measures for those looking to work with Uber.

Additionally, we will also expand our driver training centre. We aim to include more governorates within the coming two years. Now, we are offering our services in Cairo, Alexandria, Giza, El Gouna, and the North Coast.

Injecting more investments reflects confidence in the market. What is the reason behind this confidence?

The Egyptian market is one of the biggest and strongest markets in the Middle East and Africa. The economic conditions in the country are temporary. Furthermore, the services we offer fit the developing markets, as people are looking for jobs. At the same time, we also provide comfortable transportation.

There are many investors that are willing to pump investments into the Egyptian market, but are waiting for the best timing. This confirms the strength of the Egyptian market. Some 40% of drivers working with us have no other jobs. I believe that Uber will become one of the companies with a great role in driving the Egyptian market faster towards growth. By providing sources of income, we are improving people’s living standards and helping them, for example, afford school fees for their children. This will in return impact and develop Egypt’s current situation and jumpstart the economy.

Why did you choose Egypt to set up the regional support centre?

Egypt is full of young people who are looking for work. Many Egyptian youth also speak English and French, which gives Egypt a competitive advantage over other countries in the region, enabling it to serve the region. This encouraged us to set up the support centre here.

How do you see the growth of your services in Egypt compared to other countries?

We have about 30,000 drivers working with us now. Roughly 2,500-3,000 new drivers join the platform on a weekly basis. This reflects the accelerating growth rates we achieve in Egypt. Cairo is currently the fastest growing city for our service, among Europe, the Middle East, and African cities. It is the third fastest growing country for Uber worldwide.

What is your expected business size in Egypt?

We plan to offer our services in five cities in 2017. Our vision is to launch a service called UberPOOL, which is designed for car pooling. This would reduce the cost per trip for each passenger and would definitely ease traffic congestion.

We have a partnership with EtisalatMisr, which allows Etisalat customers to take free trips with Uber. We should sign new agreements in the coming period.

Do you think that the increasing use of Uber services and those of its competitors will increase traffic congestion?

On the contrary—the aim of Uber is utilising unused cars, which will reduce congestion. For example, if there is a family that is going to work, they could all use one Uber ride for all its members instead of each using their own car. According to international statistics, 15% of urban areas in the world are used as parking spaces. The figure, of course, increases even more in Egypt.

What is the role of the sharing economy in pushing the Egyptian economy onward?

The sharing economy is a new concept that has been growing and spreading worldwide. It relies on the utilisation of assets, such as cars or houses, which are unused by their owners, through sharing them with other individuals and making a profit, while providing a service to those who need it.

If the concept is spread across enough assets, living standards will rise; thus, it will improve the country’s economic growth. The target of the sharing economy is increasing the income of individuals and using their assets. For instance, 70% of Uber drivers worldwide are working on a part-time basis. Those who utilise their cars for personal use now give the opportunity to others to use it when it is parked. This additional income will in one way or another return to the economy which will eventually also improve the economic situation.

There are consultations with the government to develop a legislative framework for the sharing economy. How far along are they?

There have been ongoing consultations since early 2016 with a number of ministries, as well as the parliament’s communications and information technology and transportation committees for that purpose. With the importance of the sharing economy, the new structure that we are discussing with the government would attract further investments in activities to Egypt.

There are monthly meetings with the cabinet’s ministerial committee, which includes nine ministries, including the communications and information technology, transportation, social solidarity, and local development ministries.

What are the main challenges you are facing in Egypt?

On the technology front, we sometimes face challenges with the GPS and map applications, since they are not always accurate. There are also problems with network coverage, as some areas lack 3G services. Meanwhile, the recent increase in car prices is also a challenge. We continue to study our own data, and use the daily experiences on the road to develop the technology and to face the challenges, making every experience more convenient.

What competitive advantages do you have compared to your competitors?

On the ground, we are Egypt’s largest ride-sharing transportation company. On a global level, Uber is the world’s largest company in this field—and this global footprint and trust that Uber has built internationally definitely has a positive impact on Egypt. We operate in over 500 cities around the world, which strengthens our brand. We provide a state-of-the-art technology, with safety standards, including the ability to share the estimated time of arrival for example. Our technology’s efficiency makes rides convenient and offers more opportunities for drivers. For example, today, when a driver is minutes away from reaching a drop-off destination, he already receives a new ride request in a nearby area.

Furthermore, we provide intense training sessions for our drivers which makes them more efficient. Competition is important and healthy to maintain the quality of our services.