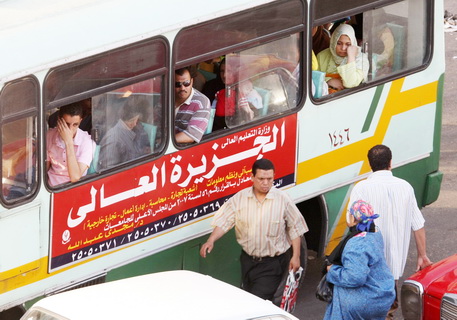 Transportation Committee at the House of Representatives called Al Watania company affiliated to the national service system at the armed forces to clarify mechanisms of duties imposed on roads and to send them to the committee to check it.
Parliamentary sources attended the meeting on Monday and was attended by General Mamdouh Shaheen, Assistant Secretary of Defense Minister for constitutional and legislative affair, said that the Committee has received numerous complaints about fees imposed by the company on Roads .

Complaints stated that the company impose fees on loads types not weights
A parliament member said that they called the company to put a list includes fees according to weight and vehicles types on each gate, to guarantee transparency and to ease the shipping and transportation sector’s tension.
He added that officials of the National Company for Roads recorded all observations of Representatives and promised to respond to them as soon as possible.
The Company increased transportation passing fees on Cairo- Alexandria desert Road to EGP 10 on passenger cars, EGP 5 on small pickup trucks, EGP 15 on big pickup trucks, EGP 10 on Micro buses, and EGP 20 for buses.
General Authority for Roads, Bridges & Land Transport (GARBLT) called Alwatania Company to develop a unified mechanism for fees imposed on roads.
An official source said that the armed forces receive the roads after the authority completes them within the national project for roads to set its budgets and impose charges. .
He added that the authority relies on its own road maintenance fees imposed on roads and balances.
The official pointed out that the authority prepares a study to increase its roads fees and increase balances to cover 20% of the authority’s budget that exceeds EGP 17bn.
He mentioned that the authority hasn’t increased fees on roads for more than 25 years, which impact the authority’s revenues.
He added that the authority’s revenues from these fees are not more than EGP 1bn annually.