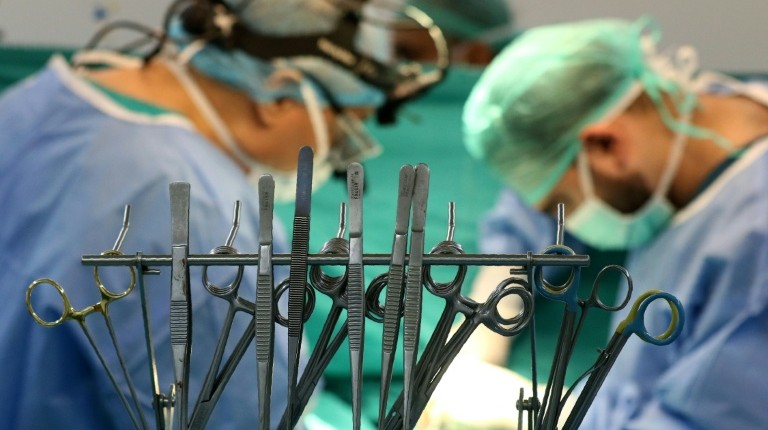 The Administrative Prosecution Authority has referred a doctor to investigations on Tuesday after he took a selfie of himself and a colleague while in surgery with a female patient in Atay Al-Baroud city, Beheira governorate.

The doctor has also been suspended from working in the obstetrics and gynaecology department at Atay Al-Baroud hospital for three months, state-run agency Al-Ahram reported.

The hospital has decided to prohibit the doctor from conducting any more surgeries in the future.

When the photo surfaced on social media, many users were outraged at the invasion of the patient’s privacy. Users also cited legal violations, saying that taking a photo of someone who is under the effects of anaesthesia is illegal.

The Doctors Syndicate received requests for the doctor to be removed from its register so as to set an example.

Medical services provided to citizens are in dire straits as the state’s financial support of the health sector is insufficient. As demand far outweighs supply, violations and shady practices are occurring in state-run hospitals. Doctors have complained that hospitals need more aid, in terms of staffing and equipment, to meet the high influx of patients.

In March, footage emerged of two security personnel from a private firm, responsible for Al-Ahrar hospital in Sharqeya, throwing a man in a blanket out of the hospital. The old man was believed to be a patient, and the security firm and the hospital administration were accused of negligence.