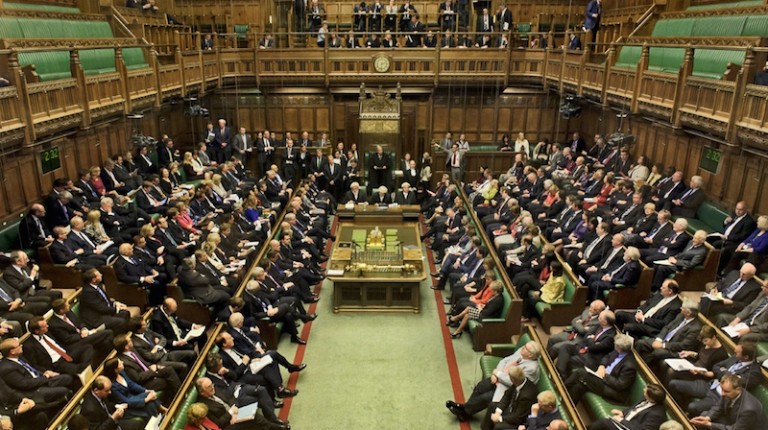 Blunt, who is head of UK parliament’s foreign affairs committee, said that half of the Egyptian population still supports the Brotherhood, and that they should have stayed in power as the democratically-elected authority.

The British MP was discussing a report he issued earlier in November about his vision on political Islam, dutifully noting that he is not, and never will be, affiliated with the Brotherhood. However, gauging his perception on the Rabaa Al-Adaweyya sit-in and subsequent protests following the ouster of former president Mohamed Morsi, Blunt believes that a bulk of Egyptians support the outlawed group.

In response, Al-Khouly told Blunt that Adolf Hitler was democratically-elected and he killed millions and created a catastrophic war for the German people.

Regarding Blunt’s statements that 50% of Egyptians support the Brotherhood, Al-Khouly refuted the claim, saying that the Brotherhood called for protests on 11 November and no one responded and the streets were empty. He further added that the report issued by the UK parliament was littered with mistakes.

Al-Khouly concluded by saying that the Egyptian delegation accepted the invitation of the UK parliament only to warn them against betting on the Brotherhood, because the Islamic group represents a danger to the UK.

The parliamentary delegation headed to London on Sunday to discuss Egyptian-British relations, political Islam, and the Brotherhood.

The visit to London wasn’t Egypt’s first response to the report. On 18 November, parliament’s Foreign Affairs Committee released a 10-page report in which the committee refuted all the statements made by the UK parliament that were included in its report.

The UK parliament’s controversial report requested that its government remain impartial towards the Brotherhood. This comes after the UK government issued a review of the Brotherhood prepared by Sir John Jenkins, a former ambassador to Saudi Arabia. The UK parliament said that this may give the impression that the UK’s position is influenced by Saudi Arabia and other Gulf countries.

In their response, Egypt’s parliament said it was odd that they were supporting religious rule, given that European politics are grounded in democracy and liberalism.

The report added that the Brotherhood did not rule Egypt based on the outcome of democratic elections, but rather due to their abuse of the Egyptian people’s strong religious beliefs.

In August, Egypt’s Minister of Foreign Affairs Sameh Shoukry said that the tolerant attitude of the UK towards the Brotherhood negatively affect bilateral relations between Egypt and the UK. This statement was made after the UK government issued an internal regulation allowing members of the Brotherhood to seek asylum in the UK. The government specified the conditions of asylum seeking, including being at high risk and subject to persecution.