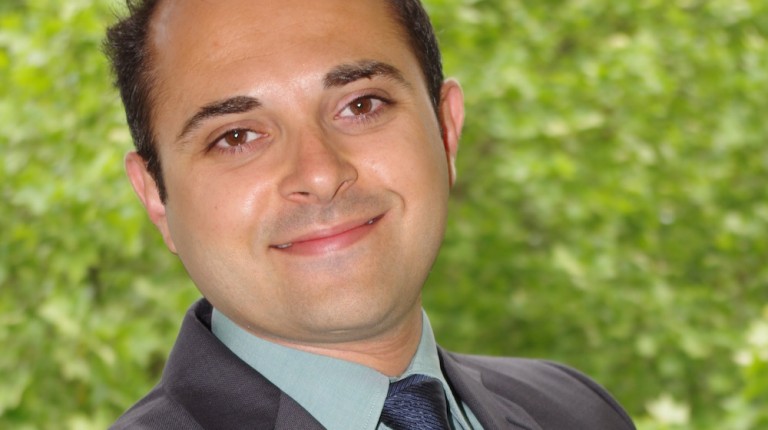 Given the current Middle Eastern scenario, one may reasonably hold the argument that the ongoing turmoil in the Middle East owes its burden equally to the Machiavellian Anglo-American policies in the region and the harrowing failure of the Muslim majority governments or leaderships in the Middle East to rationally respond to those challenges. But are there any dimensions beyond religion? Nationalism, Islamism, and identity crisis reveal a different narrative of the widely common story.

The region of West Asia (known as the Middle East) and North Africa has been home to tension and conflict since the end of the 19th century. The tensions were accentuated by the division of North Africa between European powers during the period of colonial expansion and the Sykes-Picot agreement between the British and the French in 1916 during the first world war.

Showing no regard to the demographic distribution of ethnicities, religions, languages, and other cultural dimensions, borders of nation-states were drawn, and mandatory colonial imperialism was established until the mid-20th century.

While the western role in the region was fluctuating between supportive and subversive of dictatorships, stability and security remained constant measures when meddling in the region.

Entangled by these complex processes of independence after the second world war, newly emergent nation-states were neither capable nor willing to establish well-functioning political, economic, and social systems. Democratisation processes, procedural and cultural, were postponed. There were actually many other pressing matters to attend to other than democratisation. The Egyptian writer and winner of the Nobel Prize for literature, Naguib Mahfouz, correctly noted that, in Egypt, “most people are concerned with getting bread to eat. Only some of the educated understand how democracy works”.

Nationalism came up to define individual subjects, who lived within the borders of nation-states as, for instance, Syrian, Iraqi, and Egyptian etc. Two paradoxes developed concerning nationalist sentiments in the region. The first one is that the concept of nationalism was interchangeably used to refer to Pan-Arabism, which excluded significant segments of these societies, such as for instance, the Berber in North African countries and the Kurds in Syria and Iraq.

The newly drawn borders not only created frontiers among majorities, but also among religious minorities. The Druze divided between Syria, Jordan, Lebanon, and Israel, the Kurds between Syria, Iraq, Turkey, and Iran, and the Armenians between rather more national states are a few cases in point.

Even the official names of the newly authoritarian nation-states were controversial: Arab Republic of Egypt, Syrian Arab Republic, the Arab Kingdom of Saudi Arabia, and the Libyan Arab Republic etc. Nation-states failed to recognise the diversity within their borders, as colonial powers did before them.

In the words of Libya’s former leader Muammar Gaddafi: “The times of Arab nationalism and unity are gone forever. These ideas, which mobilised the masses, are only a worthless currency.”

The second one is that nation-states offered very little to serve the cultural sphere in the region but much to serve doctrinal forms of thought. While nation-states were, and unfortunately still are, lacking vision, participation, and serious contributions to their citizens, rapid demographic inflation in the region crippled the already struggling economic and political institutions. In 2014, the region was home for approximately 2% of the global population.

Focusing on nationalist notions, while unable to respond to real life contradictions paved the way for Islamist ideologies to blossom. In other words, deficient and inadequate responses to peoples’ needs increased rigid frameworks of ideological perception, in which Islamism counter-posed against nationalism were racing to reach power. Nationalist criticism of Islamist ideologies was, we might risk saying, itself ideological and vice versa. Ironically, the distinctions between nationalism and Islamism have blurred recently, so one might detect nationalist Islamists and Islamist nationalists.

The region of the Mashreq, an Arabic word meaning the place of the sunrise, is considered the cradle of ancient human civilisations and the birthplace of the three monotheistic religions: Judaism, Christianity, and Islam. Yet, its recent contributions to human development can be, with confidence, considered minimal in comparison to the western ones since the Age of Enlightenment. This is a time-dimension of identity crisis.

The region of West Asia and North Africa experienced the period of the Cold War at its best. While some regimes tended to ally themselves, although sometimes sporadically, with the United States, some others tended to ally themselves with the Soviet Union. The postcolonial period of oil extraction remarkably characterised the geopolitical calculations in the region—securing the flow of oil and gas without interruption and at acceptable prices to the US and its allies is still a main policy pillar of foreign intervention in the region. The Mashreq, in other words, suffers from several political conflicts and is significantly dominated by foreign powers. Not only is the region linguistically, ethnically, and religiously fractionalised, but also ideologically: nationalism, baathism, socialism, communism, liberalism, and Islamism. This is a philosophical dimension of identity crisis.

A crisis arises if there is a conflict when defining multiple layers of identity that should concur between the understanding of the self and actual reality. For instance feeling proud of being an Egyptian or Syrian national collides with a harsh reality that neither the Egyptian nor the Syrian national passports rank decently compared with other travel documents of almost the entire world. This is a psychological dimension of identity crisis.

Individuals in the region of West Asia and North Africa still face several problems to determine, especially to answer two crucial questions: who are they as a collective or individual, and where are they in the world today? Serious contemplation about these issues has the potential to achieve two crucial results: the decline of rigid ideological forms of thought and the fostering of self-consciousness.

During the 1970s, Islamist movements, rigid ideological movements with an Islamic flavour, were augmented by the recapitulated military defeats of nationalist regimes before Israel. These movements emerged to defy the western secular model of governance and modernisation on one hand, and to go back to Islamic references—“governing by what Allah has revealed in the Quran”—on the other. While this is another psychological dimension of identity crisis, it is a modernisation process itself. The success of the Islamic revolution in Iran in 1979 under the leadership of Ayatollah Khomeini represented a political and ideological support to other Islamist movements in the region, such as the Muslim Brotherhood in Syria, Egypt, Jordan, and other countries, and later to more radical groups such as Hamas in Gaza and Hezbollah in Lebanon.

Following the collapse and disintegration of the Soviet Union in 1991, the US increased its military capacities in the Arabian Peninsula during the 1990-1991 Gulf War. This has led to the increase of anti-Americanism sentiments in the region, which was a perfect condition for radical Islamists, including Al-Qaeda affiliates, to gain ground among the weary populations.

To sum up, there are several reasons behind the persistence of turmoil in the region of West Asia and North Africa—some of which are based on external interventionism, some others lie in the heart of the region. New narratives and collective memory creation should be intensively and extensively operationalised in order to reach a stable level of pacification among all conflicting actors.

This article originally appeared on Mashreq Politics and Culture Journal

Hakim Khatib is a political scientist who works as a lecturer for politics and culture of the Middle East, intercultural communication, and journalism at Fulda University of Applied Sciences and Phillips University Marburg. Hakim is a PhD candidate in political science on struggle over ideological power in the Middle East and the link thereof to democracy at the University of Duisburg-Essen and the editor-in-chief of the Mashreq Politics & Culture Journal (MPC Journal).