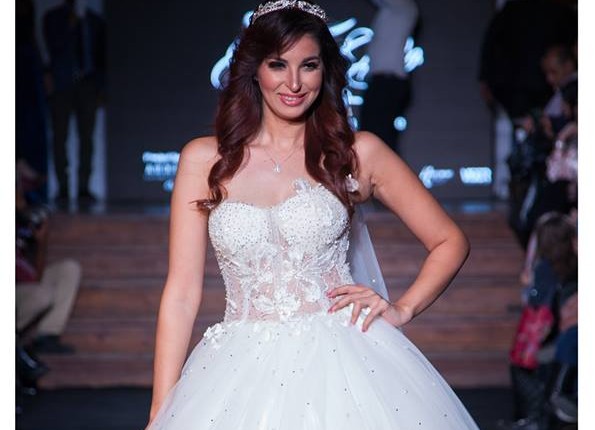 With the winter season slowly but surely unfolding, Cairo Couture Collections (CCC) decided to pay one last tribute to the fair autumn weather with a night on the Nile. The annual event came back for a fourth season with a strong concept.

For one night only, Egypt’s newest couture collections floated over the Nile as the capital’s top movers and shakers enjoyed the show. Last week, Fashion Zone invited a number of the country’s top media and fashion experts to meet next season’s trendsetters on board of the Nile Spirit Dahabya.

After taking water taxis to reach the event’s venue, guests watched the sun fade while a few designers lit up the upper deck with mesmerising sequins. The show featured many talents; including Mahmoud Antar, Asmaa Shafi, Nesreen Ghazi, and Raghda Hilal.

Antar Mode by Mahmoud Antar started the night with an old-school couture collection. His nostalgic designs featured elaborate embroidery, enchanting silk fabrics and smart lace details. His colour pallet ranged from black to electric blue all the way to burgundy. Meanwhile, he also showcased a couple of bridal looks that were worthy of their own fairytale stories.

Asmaa Shafi on the other hand did not settle for less than absolute drama. Her voluminous silhouettes and fluffy fabrics filled the runway with candy floss dreams. Shafi’s models walked among the clouds with tulle trims and skirts. Her main showstopper was a leather and tulle dress that spoke to women who aim to express their edgy persona with leather and childhood dreams with tulle. The finale dress was none other than a princess white dress with gold embellishments.

Meanwhile, Nesreen Ghazi preferred a darker colour pallet and daring concepts. Her collection took an opposite direction as she focused on the sharp aspect of the upcoming season. Her designs featured hints of fur and sequin mixed with silk.

Furthermore, Douxdo Couture by Raghda Hilal was all about colours, patterns, and velvet sweetness. Hilal’s collection included many two-piece outfits that aim to bring colour into the winter gloominess. From peplum tops to sari outfits, the FW17 collection added a colourful touch to the night. While one of the outfits looked perfect for princess Snow White another was charming enough for Jasmine.

The night was choreographed by Egypt’s favourite model, Sarah Bombosh. The well-established model has walked many local and regional runways during the past few years. Meanwhile, she has taken part in many iconic campaigns and so it was only natural to see her taking her next steps through CCC4.

Moreover, the glamorous models were dolled up by none other than hair dresser Rabie Murad and makeup guru Naglaa Baghdady.

With that said the night also included a reception, when the organising team held a brief reward ceremony handing out symbolic awards to fashion designers and media representatives for their role in supporting local fashion.

On the other hand, the night’s most memorable award went to the late fashion designer Amr Fouad, who passed away a few months ago leaving many fans and friends heartbroken.

UNTY vouches for kindness and being good to people