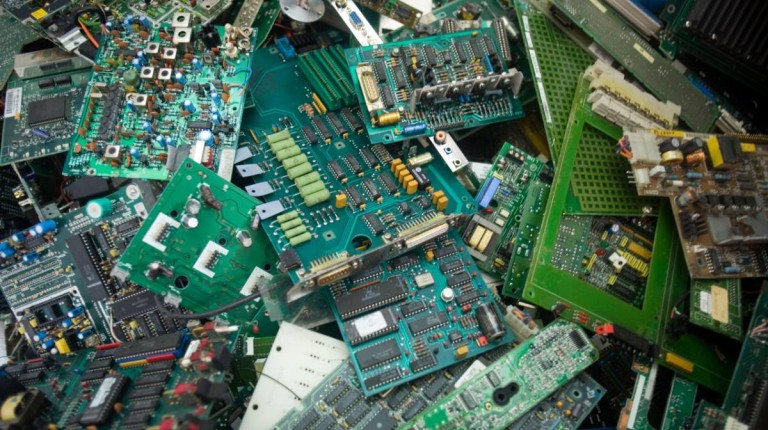 Maybe it’s broken and cannot be fixed. Maybe it costs more to maintain than to replace. Or maybe it’s just old and you have bought a newer model. Either way, what do you do with electrical and electronic goods once you decide to get rid of them?

Here comes Dr. WEEE, a company specialised in electronic waste recycling. Its business model is designed to meet all market needs related to e-waste management. The company provides a comprehensive e-waste management service. They collect, sort, dismantle, and recycle as much of the components as possible while ensuring that the process from start to finish is as environmentally friendly as possible. The company also sells electronics-related products, such as ink cartridges, produced from recycled components.

According to Esam Hashim, co-founder of Dr. WEEE, every stage in the process has a business opportunity. He explained that Egypt forms the largest e-waste market in Africa and the Middle East, yet despite this he said most companies working in the field do not understand how to properly dispose of e-waste. “Companies that work with e-waste in Egypt use an old-fashioned way of extracting precious components, and their way of getting rid of dangerous components harms the environment,” he said.

According to Hashim, many of these companies do not know that many of the components that can be extracted from e-waste are valuable—such as gold, silver, copper, platinum, titanium, copper, and iron—and instead due to a lack of knowledge and technology extract only copper and iron.

Dr. WEEE divides these components into three categories: base metals such as iron, copper, and steel; precious metals such as gold, palladium, and platinum; and hazardous components such as lead, cadmium, and batteries.

Rather than attempt to extract and separate these components, many e-waste management companies dispose of their waste by burning it, Hashim said, adding that older e-waste contains more precious metals than modern appliances and devices.

At first, the company tried to persuade Egyptians that they should bring their e-waste to them in order to be able to dispose of it in a way that mitigated the health and environmental risk factors; however, Hashim noted that the overall response was unenthusiastic. 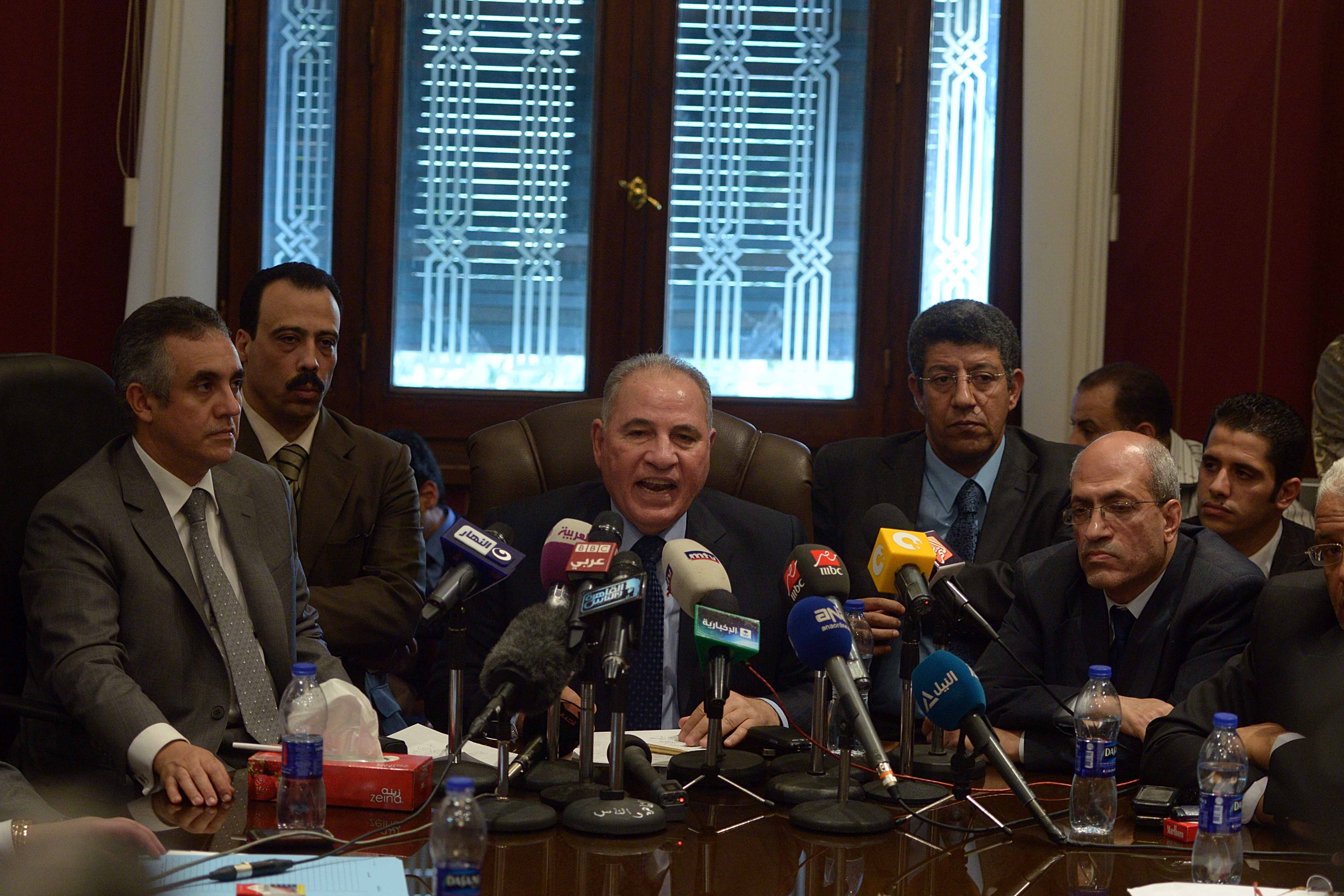 When Dr. WEEE initially had trouble collecting e-waste, the company had settled to purchase such waste from individuals and companies alike. This eventually became a successful strategy for the company. Hashim said that most of the e-waste they receive comes from individuals and the private sector rather than government institutions.

For an older-generation mobile phone the company pays EGP15-20. Newer phones fetch EGP 30, and laptops can be traded in for EGP 25. Old monitors or televisions can be sold to the company for EGP 20-30.

Egypt is currently the largest market in both the Middle East and Africa. Producing approximately 370,000 tonnes in 2014, Hashim believes the country’s share of e-waste will continue to grow.

The United Nations University study said South Africa is second on the continent, producing 350,000 tonnes in 2014, followed by Nigeria which produced 220,000 tonnes that same year.

Following their success in Egypt, the company has since established a franchise with a different model for every stage of the operation. Dr. WEEE now also operates in Lebanon, Jordan, Saudi Arabi, and the United Arab Emirates.

Hashim said that the company prepared many turnkey solutions in order to achieve the highest quality and to maximise profits.

The annual global volume of the e-waste generation is expected to reach 93.5m tonnes in 2016, according to a new report from Research and Markets. This estimate is more than double the 41.5m tonnes generated in 2011.

Hashim also said that global revenue generated from the sale and processing of end-of-life electronics is projected to double from its current $9.15bn per year to over $20bn over the next five years.

According to UNEP estimates, only 15-20% of e-waste is recycled, the rest goes directly into landfills and incinerators.

In terms of the company’s vision for the future, Hashim said he wants to move forward in a way that maximises production efficiency, while also taking into account the environment and sustainability.

He believes that their technology is part of this belief that ensures that the company’s products, employees and suppliers follow socially responsible business practices aimed at environmental preservation and sustainability.

“Through our experience in the field of waste management and business franchising, sharing our experience and technology with our clients is a win-win situation, especially in the most rapidly growing segment of the recycling industry,” Hashim added.

While the company has expanded into other markets, Hashim noted that the company does not yet provide full services in their franchises outside of Egypt.

He noted that Egypt doesn’t have the technology required to recycle all extracted components, and so the company’s main target is to export their extracts to foreign countries. 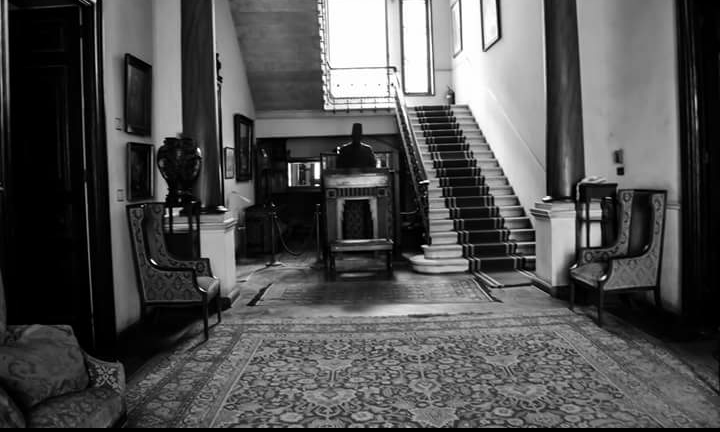 Going green to make some green

Dr. WEEE still faces many obstacles, such as the establishment of collection points across the world and access to the latest technologies. Personnel training and awareness campaigns are therefore very important in order to continue being effective and profitable.

In order to raise awareness, the company promotes e-waste recycling in schools and private sector companies by holding environmental awareness campaigns. Hashim said he welcomed the government’s receptive attitude towards the company’s vision, saying they have signed an agreement with the Ministry of Environment and the Ministry of Communications and Information Technology to create a standard and set criteria for the best way to extract precious metals and export them.

Ultimately, Hashim says he wants to change consumer patterns from the current intensive consumption based model to more environmentally sustainable consumption habits. He believes his company can provide the model and motivation to help the informal waste management sector become more environmentally conscious, reducing the health risks while also increasing their profits.

By educating others on proper methods of e-waste disposal and recycling, companies can turn a bigger profit and contribute to improving the environment.

XTouch aims to acquire 6% of Egyptian mobile market in 2017

IT specialists call on government to address ‘electronic waste management’