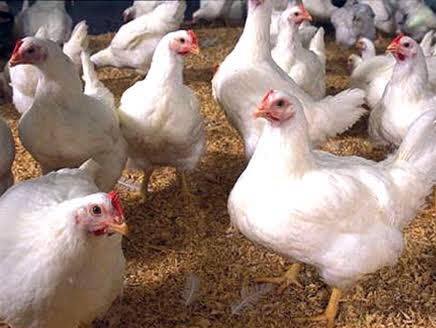 The cabinet decided on Monday to remove all customs duties for poultry imports, which has caused anger among poultry producers due to its negative effect on local production.

In light of this development, it is necessary to explore what makes Egyptian poultry products so easily affected by imports, and whether the government should provide any support for poultry feed to reduce the costs of local production.

Nabil Darwish, head of the Egyptian Poultry Producers Union, said that local ingredients in poultry feed comprise 45% of the feed, while the rest is imported.

The feed is made of soybeans, corn, vitamins, and gluten. Feed producers mainly import soy and corn. Although these imported components are not subject to customs, reducing their price is difficult due to the recent flotation and other costs.

The price of poultry feed was EGP 6,400 per tonne on Wednesday, an EGP 200 increase in the wake of another EGP 300 increase last week.

Darwish said that poultry production has been established in Egypt since the age of the pharaohs, making it one of the most important industries.

The cabinet’s decision will create problems for small and medium investors who are already concerned about the market following the currency flotation. This decision will destroy their projects, Darwish noted.

The Holding Company for Food Industries announced on Wednesday that it will import 51m tonnes of poultry.

Mona Mehrez, the director general of the union, said that there is no other option but to cancel the decision, adding that cancelling a poor decision is not a bad thing, since going through with it would ruin one of the most important production sectors in Egypt which created jobs for 2.5 million workers.

The association won’t settle unless the government withdraws its decision, she said, explaining that although the decision is set to be implemented in six months, this is enough time to destroy poultry production in Egypt.

We don’t know a good reason behind implementing such decisions, so it is important to quickly cancel it before it affects Egyptian investments, Mehrez stated.