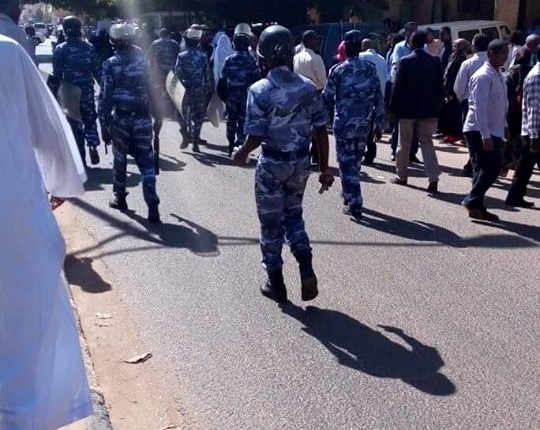 The civil strike that began on Sunday in Sudan will continue into December in the wake of the Sudanese government’s recent announcement that medicine prices would increase following the partial devaluation of the national currency and the lifting of state subsidies on fuel.

The massive civil strike was initiated by pharmacists who decided to carry out a partial strike on Sunday, which then escalated into a full strike across multiple sectors. According to the IB Times, opposition groups and activists called for a three-day “civil disobedience” at the start of the working week.

Privately-run channel Omdurman announced on its official website that the government had ordered its closure.

Consequently, Sudanese journalists decided to launch a full strike on Wednesday as, even before recent events, the current regime has regularly committed violations against freedom of the press.

According to the journalist, similar forms of civil disobedience will carry on into December, for at least one week.

During days-long civil disobedience, the government detained dozens of activists and instigators, including doctors and pharmacists, according to Abdel Ghaffar.

He said: “Nearly 600 people have been detained on illogical charges—simply because they called for rights and freedom.”

As for why the Sudanese people have opted for civil strikes rather than demonstrations, the journalist said that this is an “inherent strategy” followed by the people since the 1950s, as they are sure that the state will violently suppress any protests in the streets.

“In 2013, nearly 200 students were killed in the streets after security forces opened fire on them. These students had decided to protest against similar decisions that caused higher fuel prices,” he noted.

In response to this week’s strikes, state media has reported that medicine price increases have been cancelled. While there have been no further announcements of this nature, it is expected that the government will retreat from these recent economic decisions, Abdel Ghaffar said.

In an interview to Emirati publication Al-Khaleej, Sudanese president Omar Hassan Ahmad Al-Bashir said that the recent prices hikes were due to mistakes committed by a number of Sudanese authorities.  He also described the civil disobedience campaign as a “complete failure”.

In 2013, the Sudanese government made a similar decision to reduce subsidies on fuel, leading to massive demonstrations that were met by strict resistance from security forces.

Al-Bashir’s rise to political power began in 1989 when he, backed by military powers and the support of Islamists, toppled the government.

Though he ended the decades-long war with the southern rebels in 2005, leading to the southern secession in 2011, it seems unlikely he will be remembered as a great peacemaker.

In 2003, a conflict erupted in the west of Sudan, a region that has since then become a symbol for genocide and human suffering: Darfur. Rebel groups, consisting of ethnic minorities, accused the government of unfair treatment and took up arms.