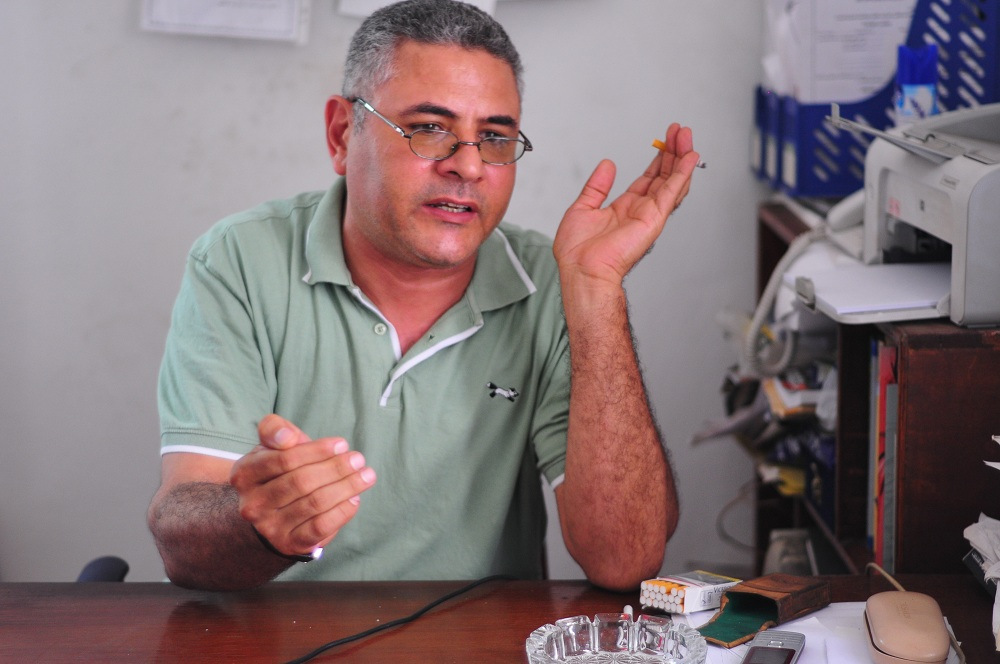 “The closure of two branches of Al-Karama library is retaliation by the state against me. It is a warning message and a punitive measure from the regime regarding my personal political views and activism,” Gamal Eid, human rights activist and head of the Arabic Network for Human Rights Information (ANHRI), told Daily News Egypt on Saturday.

Two Cairo branches of the charity-founded Al-Karama library were closed down by governorate authorities in Tora and Dar El-Salam. No legal reasons for the closure have yet been revealed. Eid said the security personnel assigned to shut down the branches did not have any legal orders from the prosecution on their persons. They received the order by phone.

“No records from the prosecution were provided to us regarding the sudden closure. This is an unexpected measure that has been carried out against centres of knowledge based in underprivileged districts in Cairo. Nearly 40,000 residents had benefitted from these branches,” he added.

Eid is unsure about the fate of the furniture and other devices in these branches, worth about EGP 100,000, now that access to the facilities has been blocked. The young people and children are the real losers in this case, he said, adding that they used these libraries to read and enrich their minds.

Well-known writer Fatima Naoot described the closure decision as “destructive” and similar to deforestation. She noted that this measure is considered a violation against the “culture cultivation strategy” in Egypt.

This is not the first time Eid has been a target of the state. The North Cairo Criminal Court recently ordered that his assets be frozen, along with four members of other NGOS, including renowned journalist Hossam Bahgat, the head of the Cairo Institute for Human Rights Bahey El-Din Hassan, the director of Hisham Mubarak Law Centre Mostafa Al-Hassan, and the director of the Egyptian Centre for the Right to Education Abdel Hafiz Tayel.

This decision is related to the “NGOs’ foreign funding” case which dates back to December 2011 when prosecutors, backed by the police, stormed the offices of 17 local and international NGOs. The NGOs were being investigated for allegedly receiving illegal foreign funding.