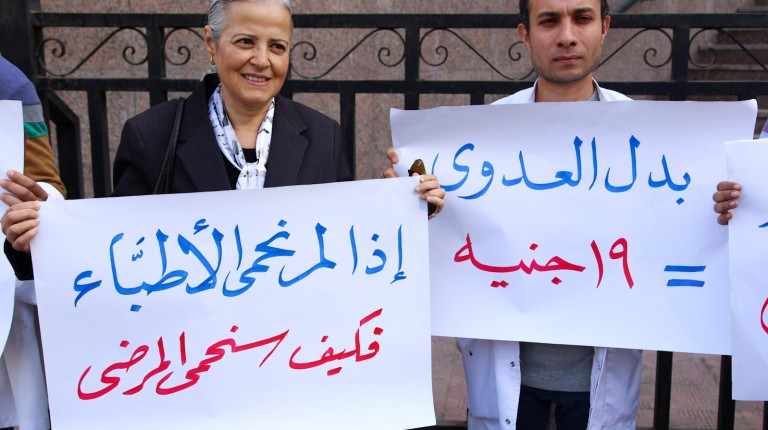 Despite the release, Khaled Ali, Mina’s lawyer, told Daily News Egypt that she may be referred to further investigations or to court, indicating that the case against her has not been closed.

While discussing the shortage in medical supplies during a TV interview, Mina said in a televised phone call that she received a complaint from a doctor that the hospital he works for ordered him to use the same syringe more than once on several patients.

In response to Mina’s statements, the Ministry of Health denied that it gave such orders, and vowed to take legal action against Mina. The ministry said that her statements were aimed at creating panic among patients. It condemned the statements, citing a recently completed syringe factory as proof. The ministry also claimed that hospitals have a surplus in medical tools meant to last two years, which were bought under the supervision of the armed forces.

The doctor was accused of falsely claiming that these were general orders being applied in hospitals, and Mina was charged with spreading false news

A shortage in medical supplies occurred in Egyptian retail outlets, partially due to the US dollar shortage and the Egyptian pound’s devaluation.