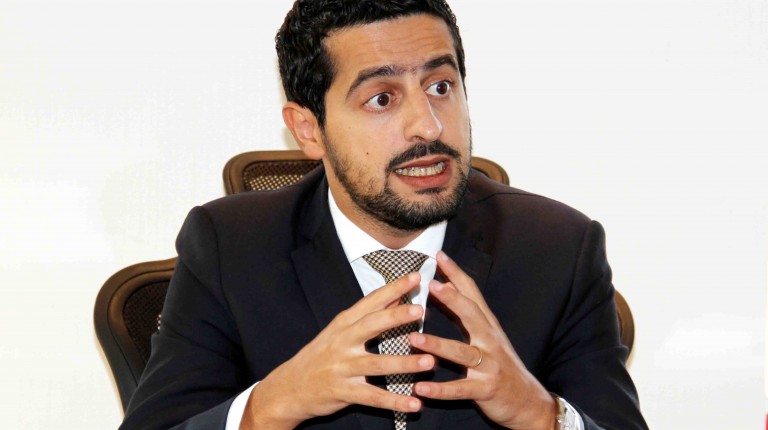 The outcome of direct premiums at AXA Investment Egypt, which includes AXA Property and AXA Life Insurance, exceeded EGP 1bn. The property sector accounted for EGP 100m after one year of operating in Egypt.

He added that AXA Investment Egypt obtained the approval of the Egyptian Financial Supervisory Authority (EFSA) in November 2015 to complete the acquisition of CIL shares, which has a paid-up capital of EGP 150m, while the deal was worth €92m, equivalent to EGP 763m at the time.

What are the latest developments in the negotiations with Kanoo and the Sawiris family to contribute to AXA’s capital?

Negotiations with Bahraini company Kanoo, the Nile Holding Investment Company—owned by Onsi Sawiris and Gemini Holding and subsidiary of Orascom Telecom Media and Technology Holding—as well as the International Finance Corporation of the World Bank to contribute to AXA’s capital are still ongoing.

The current negotiations are not only confined in determining the contribution quotas, but also address several aspects, such as the price and the accounting procedures. Yet, the one condition we set is AXA keeping a stake that provides the company with the right of administration.

What about the investment rates of AXA Life Insurance at the end of the last fiscal year?

The realised growth rate in AXA Life Insurance’s investments ranged between 20-30% in the past fiscal year, in line with the growth in premiums earned, to exceed a total value of EGP 3bn.

Does AXA Life Insurance aim to contract with other banks?

Of course not. Negotiations with any banks in the Egyptian market to launch AXA products are completely ruled out for the current period. The company is focusing on serving clients of the Commercial International Bank (CIB) as a first step.

What is the realised growth rate in the size of direct premiums at AXA?

AXA Life Insurance registered growth in its direct premiums by 20-30% in the last fiscal year. We target the same rate in the coming years.

The outcome of AXA group premiums in Egypt amounted to over EGP 1bn over the first year in Egypt, both in property and life insurance activities. Premiums of AXA Property approached EGP 100m by the end of the past fiscal year.

What insurance policies does AXA provide in Egypt today?

The company currently offers 30 programmes spanning a wide range of services, including some that target individuals and others for collective contracts through AXA Property.

AXA Property is preparing to launch a products package that includes diverse covers of travel, accidents, and housing during 2017 to diversify the products offered in the Egyptian market. We also recently began offering supplementary insurance on cars.

How many customers of medical insurance does the company have?

AXA medical insurance clients surpassed 50,000 clients who work across 150 companies and organisations that have been contracted with in the past year.

What about AXA’s plan for medical insurance in the coming period?

How do you evaluate the Central Agency for Public Mobilization and Statistics’ (CAPMAS) statistics on poverty in 2015?

The Egyptian economy is able to recover in the coming years to reduce the proportion of poor people among Egyptians, which stood at 27.8% at the end of 2015.

Is the high number of poor people among Egyptians a challenge for AXA in the market?

Of course, but not significantly. AXA Life Insurance aims to attract all segments of clients in Egypt.

For lower-income segments, AXA has a plan to spread in the market through micro insurance. We have been offering the “Pound on Pound” policy through the Alexandria Business Association.

Is it easy for a company with the size of AXA Life Insurance to spread through this type of policies?

Of course. AXA Investment Egypt is currently in talks with Micro Insur, which is one of the largest companies in this field in Africa and Asia, and of which AXA International Group owns 49% of capital, to provide this coverage in the Egyptian market.

Is there a target share for AXA in the reinsurance business?

No. At the moment, AXA Investment Egypt exercises insurance and reinsurance through its two subsidiaries with expertise and financial solvency that will enable it to compete in covering major projects.

AXA Property successfully reinsured the engineering works of the Ismailia tunnels under the Suez Canal in cooperation with Misr Insurance, with a major coverage of 20% for AXA.

Is AXA Investment Egypt seeking to increase the capital of any of its subsidiaries during the current fiscal year?

Of course. The company is planning to invest EGP 500m in its companies by 2018. We plan to raise the capital of AXA Property in the current fiscal year.

Are these increases linked to capital standards of the Solvency II Directive?

No, the target capital increases of AXA Life Insurance and AXA Property are not confined to solvency standards, but are also linked to human resources, technology, and offering new high-speed quality services to clients.