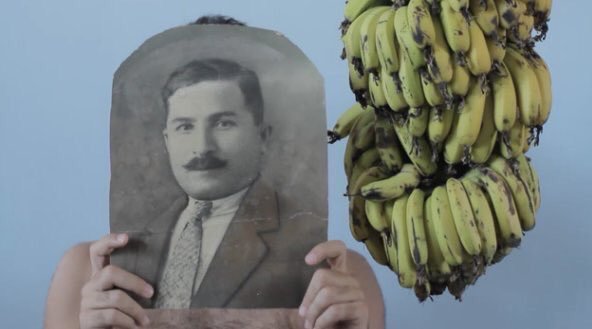 Before watching This Little Father Obsession, I thought I was going to watch a film about a gay director and his conflicts with his father and family members. However, that’s not what I watched. The film is about the director trying to discover his identity.

The film started as a sketch, but the complete script is unveiled throughout the filming. The plot is centred around a matter of identity discovered through four years of filming, full of periods of pause and moments of despair.

The director attempts to connect the past with the present, as he searches for a story or evidence that would prove that his grandfather was also gay. He struggles through difficult conversations with his father and mother about whether they accept that he will never have a child. He connects this topic to the process of the deconstruction of his family’s house.

Using another perspective for discovering his identity, he adds an imaginary female character, and together they discuss his issues and problems. She could represent his deceased sister, or could even be his inner persona speaking.

This question of identity also shows us a new perspective for looking into LGBT issues. In the Middle East, which is plagued with homophobia, it is a brave question the film asks.