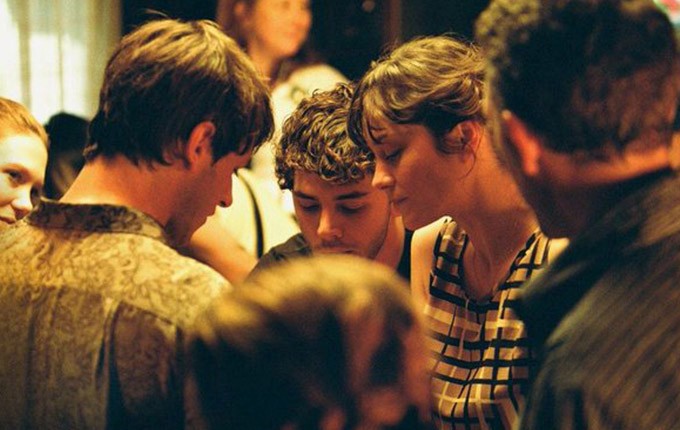 It’s Only the End of the World is a film about Louis (Gaspard Ulliel), a talented, celebrated playwright who visits his less accomplished family to inform them of his impending death. He struggles to break the news but, after a 12-year relationship of postcards and little else, his health takes the backseat and his visit becomes an exercise in tiptoeing around the void his absence left behind.

Watching this movie was a trip, enabling me to see myself through my family’s eyes. I’m not a people person, but I’m not socially awkward either. I can talk to strangers, I can make friends, and, if pressed, I can keep a conversation going for as long as I have to. When it comes to my family though, I clam up and my brain draws a blank. Suddenly, this writer who’s never short on things to say, becomes remarkably lost for words. Louis is the same. He has no problem with people—it is his family that is the issue. Or more precisely, it is their lack of common ground. Blood is supposedly thicker than water, but blood doesn’t sustain a conversation, and neither blood nor love can fill the chasm that results from something as low-key as a lack of connection.

Nathalie Baye, Vincent Cassel, and Léa Seydoux star as Louis’ mother, older brother Antoine, and younger sister Suzanne respectively, with Marion Cotillard rounding out the cast as his sister-in-law, Catherine. They’re a tense bunch dealing with haywire emotions and the camera rarely veers far from their faces. Antoine in particular is crumbling under the pressure of being the family’s sole rock and confidante, and under the knowledge that Louis’ reappearance means another blow is coming his way. He makes pointed asides, dealing out snide jokes indiscriminately, bristling when he is called out on it. In contrast, Catherine who has never met Louis before and who is visibly shaken by her husband’s state, tries gamely to keep the family’s civil veneer intact. She prattles on, stumbling over her words, trying to lubricate the situation, and keep the inevitable explosion at bay.

The camera jumps from face to face, close up to close up. Suzanne—who grew up with only vague memories of Louis—glances up, eager at first, wanting to impress, before she hits the crescendo, eyes welling with tears, darting from one brother to another, alternately devastated and imploring. Bathed in blue, Louis looks down on us, somber as ever, his physical condition visibly deteriorating from scene to scene. His only moments of release come in the form of nostalgic flashbacks to younger, happier times; the music amps up, the light shifts to gold, the camera swoops, and we’re treated to the full Xavier Dolan heartstring-tugging experience. These aren’t the reminiscences of a man on his deathbed; they’re the moments that led him back home.

As a character whose love for his family is expressed in a non-committal, bewildered form, he returned with no expectations of a warm reception. The one he received however, pinned him down, facing him for the first time with the long-term effects of his withdrawal. His family simmers, growing to a full boil, pulling back every now and again, before ramping things back up. Whether trapped in the family home, gazing out through car windows, or following Louis on his bouts of escapism, the level of tension rises palpably throughout the visit. His mother promises that they will be better prepared next time, but between his looming death and their fractured relationship, it sounds like empty encouragement; the sweetest kind of lie.