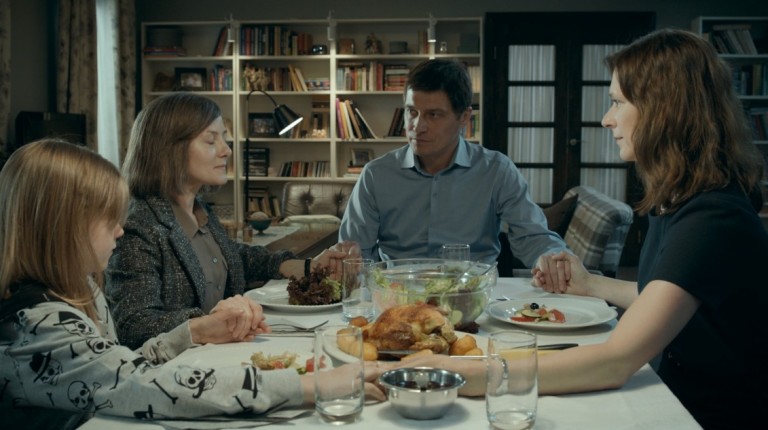 Together For Ever is a Romanian drama film written and directed by Lina Luzyte.

In the film, a married couple from Lithuania and their young daughter are plagued by the feeling that their life is growing dull. Everything changes when the husband gets a job as a stuntman in cinema and their life turns upside down.

Luzyte created a story that is drawn out of daily life. When the husband gets a new job, it’s a big deal for the family, which sets the tone for the plot.

The film digs deeper into the life of each family member, showing how the wife keeps her family calm through various situations. However, this leads to the other family members rejecting her lifestyle and seeking out their own simple dreams, such as when the husband accepts a job as a stuntman. Their resulting arguments show how far apart from each other they’ve grown, and how they were just playing pretend.

Luzyte doesn’t names her characters, which deepens the impression they could be anybody you bump into in your daily life.

One of the best things about the movie is how the motifs are in parallel movement with the plot, creating contrasts before and after the turning points. In the beginning, the wife gets into their car and has that cold talk with her husband as if they just had a fight. But then you discover they are going to a gala concert. This moment is recalled later in the film when she gets in the car but this time gives her husband a warm look like she used to give him 10 years ago. Emotions are developed within the characters, as they become comfortable sharing them with one another.

Topics: film filmdne Together For Ever