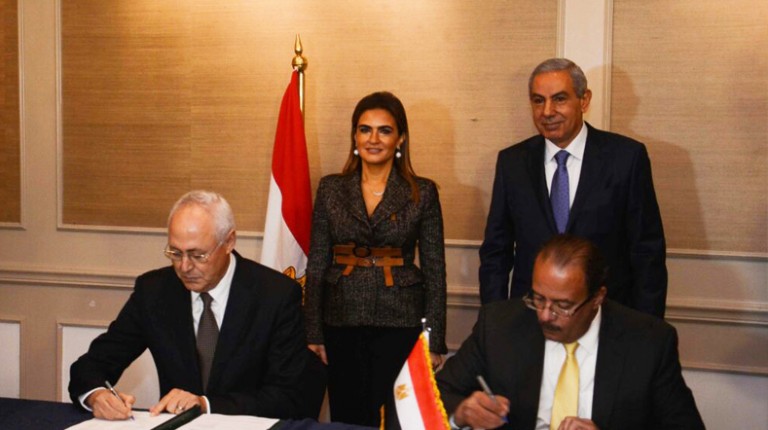 Minister of International Cooperation Sahar Nasr and Minister of Trade and Industry Tarek Kabil signed an agreement with the United Nations Development Programme (UNDP) for a $3.5m donation to supports solar energy projects with the aim of increasing clean energy connected to Egypt’s national grid.

The goal is to generate 22% of Egypt’s total electricity power from renewable sources by 2020. This new agreement supports the government’s determination to implement its strategy, she added.

The new agreement supports the spread of small solar energy systems that generates less than 50KW which are usually installed on roofs to enhance the electricity generation process besides improving and creating strong cadres that can improve startup markets such as Egypt, creating jobs and increasing the local products components.

Nasr said this environmental project, supported by the UNDP, will motivate companies to work on it and install new units worth $30m over five years.

Kabil said the agreement will help create other small projects for roofs with a capacity of 4MW, which would reduce CO2 emissions by 66 kilotonnes during the project’s schedule timeline.