“Don’t think of buying a new sweater, pullover, or pair of jeans”—this is the common advice given for the coming winter season. The prices of winter clothing skyrocketed to the extent that even middle-income families cannot afford them.

Even the annual custom of buying sweets handed out during the Moulid El-Nabi to commemorate Prophet Muhammad’s birthday has become an expensive endeavour, as the prices of the candy have doubled.

Prices in Egypt have been continuously increasing, especially since the flotation of the Egyptian pound on 3 November, impacting all sectors and goods—imported and local.

The past three months had been tough for many Egyptians, as the government introduced a series of new economic measures, such as the implementation of the value-added tax (VAT) on 9 September and the successive devaluation of the pound’s value before the flotation.

On 1 December, President Abdel Fattah Al-Sisi issued a decree to increase tariffs on over 300 luxurious goods and products, although officials claim that these products had been essentials with no local alternative.

Economists believe that the depreciation of the pound and VAT would lead to more inflation and decrease the purchasing power of customers.

However, Egyptians jumped at offers and discounts on products on 25 November, dubbed as Black Friday, unlike what economic experts had predicted.

Head of the Consumer Protection Agency (CPA) Atef Yacoub had called on consumers to take action on Thursday, 1 December for one day by boycotting shopping. This should have exerted pressure on retailers and pushed them to fairly price their products, instead of pumping them up under the pretext of the Egyptian pound’s flotation and the increase in fuel prices.

Yacoub called on Egyptians to not shop on that day specifically, as the first day of the month is pay-day for the majority of employees and considered primetime in the world of sales.

During a TV talk show, Yacoub said that he is not launching this initiative in his professional capacity as the head of the CPA, but rather on a personal level. He believes that stores had cheated customers on Black Friday into buying stagnant products without applying discounts.

The Egyptian Center for Public Opinion Research (Baseera) conducted a survey about the campaign which showed that 73% of Egyptians were supportive of participating in the boycott, while about 50% believed that it would help adjust prices in the Egyptian market. 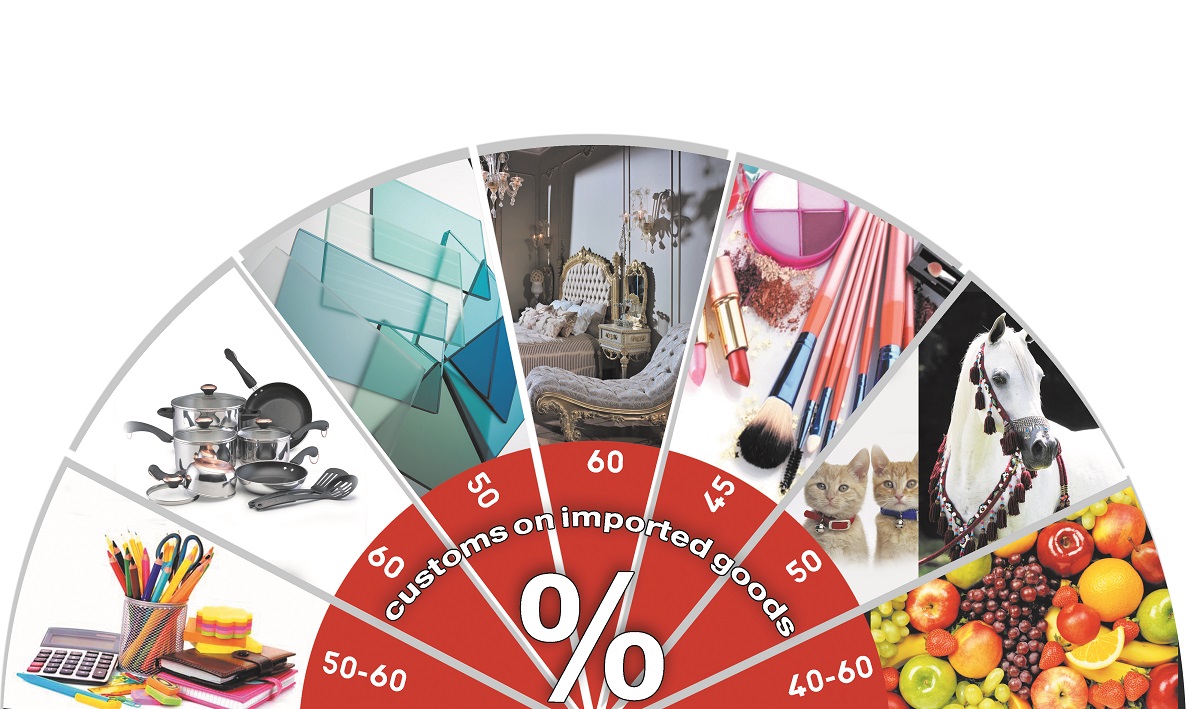 Although 1 December turned out to be a bleak day accompanied by rain showers, neither the weather nor Yacoub’s call could persuade Egyptian to stop buying.

Movement in shops and supermarkets seemed natural, and it had become obvious that many people had not been aware of Yacoub’s boycott campaign.

During Daily News Egypt’s tour to follow up on the campaign’s impact on shops, hypermarkets, and malls, no difference in daily purchasing trends was observed.

Housewife Azza Mohamed said that she had not known about the campaign, but that she does not necessarily disagree with it. She explained that although she is keen on meeting her children’s demands, she would be willing to buy what they needed on any other day.

Gamal Mostafa, owner of a children’s shop in a mall in Haram, said that he did not notice a change in the selling and buying movement on that day, but that sales are generally stagnant due to increases in clothing prices after the local currency’s devaluation against the US dollar.

Mostafa added that the solution was not to boycott products, especially essential ones, but rather for the CPA itself to cooperate with the government in controlling prices and monitoring the market through effective means.

Private sector supermarkets in Giza and Dokki were not that affected by the boycott on Thursday.

Mohamed Hamad, manager of a supermarket in Dokki, said that customer turnout did not really differ from the previous few days, because people cannot give up on fundamental commodities, even if only for a day.

Customers at another supermarket assured that they were not aware of the boycott. One customer even insisted on buying all his family’s needs on that day because he believes that a boycott is not a tool to lower prices. The government should enforce resolute procedures to regulate the market, he stated.

He added that the CPA is the entity responsible for monitoring and adjusting the prices set by greedy retailers, and should refer them to court to protect the citizen. The agency should not play the role of civil society organisations or community-based initiatives, the customer explained.

A salesperson at a supermarket in Haram said that the turnout was lower in the morning due to the weather, but that customer traffic picked up and normalised in the afternoon.

He commented that the prices are high on customers and retailers, adding that stabilising the exchange rate should be a priority and is more important than “abortive initiatives”.

Not a complete failure

Yacoub stated that the campaign did not completely fail, and has succeeded in many areas.

He pointed out that the CPA formed committees in some areas to monitor the movement of buying and selling, and would publish a full report on the matter.

Yacoub added that the boycott is a symbol and will be followed by further escalation, such as determining a black list of retailers and shops who abused the economic circumstances to raise their prices.

“Our actions will escalate in order to implement the initiative and ensure its success in facing and putting an end to the greed of retailers. The escalation includes more boycotts of specific products or commodities, such as eggs or any other commodity prone to expire if it is not sold,” Yacoub noted.

However, economic expert Khaled Rahoma said that the embargo should be selective in its application in order not to harm the market. He suggested that products that are not depending on the US dollar can be boycotted for one day, as a way to threaten retailers, while retailers that sell products which are affected by the exchange rate should not be allowed to increase prices.

Rahoma added that the CPA should inform people of the products they should boycott before launching the embargo.

Fears of stubbornness between retailers and consumers

Rashad Abdu, an economist at Cairo University and head of Cairo-based Egyptian Economic Forum, said that a one-day boycott will not affect retailers, assuring that the timeframe of the boycott should to be extended in order to be successful.

Abdu added that people will buy their needs on the day before or after the boycott, which rattles its significance.

He expected that after the failure of the boycott, a cycle of stubbornness may start between the customers and retailers.

“The fundamental solution is to tighten the control on the market and develop laws that define and specify commodity prices and profit margins on products, so that retailers will not be able to randomly set their prices,” he suggested.

The boycott is “ridiculous and ineffective”

Undersecretary of the Federation of the Egyptian Chambers of Commerce (FEDCOC) Alaa Ezz said that he had been sure the campaign would fail, describing it as “ridiculous”.

Ezz added that a decrease in prices cannot be achieved through this means, explaining that the campaign achieved nothing in the domestic market and that the citizen did not respond to it.

Ezz noted that there is a societal segment with a high command purchasing power which is not interested in boycotting or high prices. Further, families of low income buy their needs on a daily basis and will not be able to survive a day without buying essential commodities.

Souad El-Deeb, board member of CPA, assured that the government believes it has completed all required procedures to adjust the prices by opening some new outlets for goods and imported meat.

El-Deeb said in a press statement that the products provided by the government do not represent a significant proportion of the size and needs of the citizens and the market. She added that the absence of effective control on the markets encouraged retailers to manipulate prices, having a direct negative impact on Egyptians.

Failure expected and no initiative will succeed unless government intervenes

Although a large segment of society hoped that the boycott would achieve any impact on prices, traders in local markets were betting on the failure of the embargo.

Mohamed Saleh, a vegetables trader, said that the boycott campaign did not succeed in lowering prices due to a lack of mechanisms to mobilise a large number of consumers, adding that high or low prices are defined by supply and demand.

Saleh added that the campaign is based on boycotting food commodities which are indispensable, although these commodities are experiencing a respective increase in prices.

Ahmed Fahmy, a retailer in a Giza market, agreed with Saleh, noting that some retailers impress the consumer with high food prices as a result of the US dollar’s appreciation. This allows a profit margin of up to EGP 4-5 per kilo, but leads to accusing all retailers of being greedy.

Fahmy called on the government to control the markets and intervene to protect both consumers and traders.