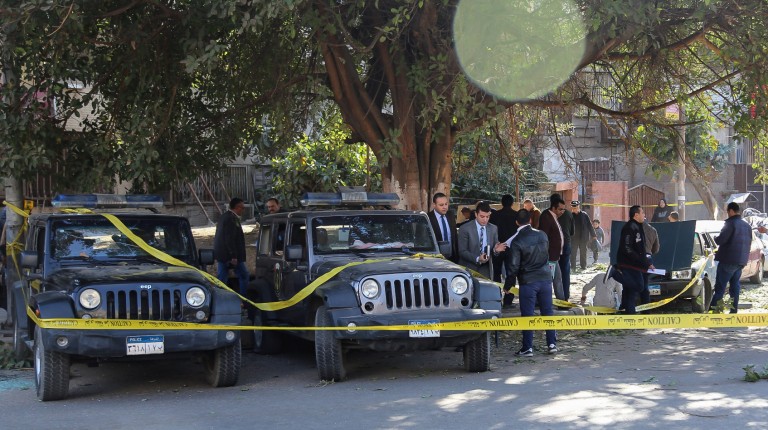 “Hasm”, a recently-established militant group, claimed responsibility for the early Friday morning bombing in Giza, which claimed the lives of six police personnel and injured another three.

A statement from the the group claimed that their “explosives team” planted a strong improvised explosive device (IED) near to a security checkpoint on Al-Haram street.

The statement, which was posted on the group’s blog, featured images of the checkpoint in the moments before the attack.

Minister of Interior Magdy Abdel Ghaffar announced that an investigative team will focus its efforts on catching the perpetrators.