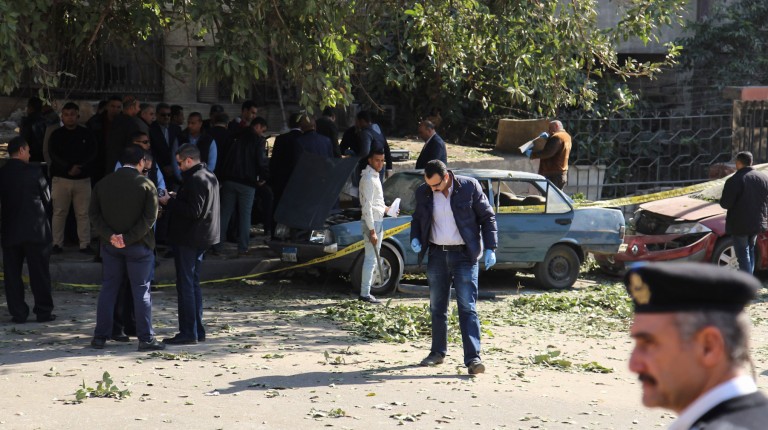 One civilian was killed and three security personnel were injured as a second bomb detonated in Egypt’s Kafr Al-Sheikh governorate on Friday. The bomb was reportedly targeting a police vehicle.

The bomb was the second to go off on Friday, after an IED placed next to two security roadblocks in Al-Haram Street in Giza claimed the lives of six security personnel and injured three others, according to the Ministry of Health.

Shortly after the first attack, Minister of Interior Magdy Abdel Ghaffar said that an investigative team will focus on capturing the perpetrators. The Giza Prosecution has also begun investigating the terrorist attack.

The cabinet on Friday condemned the bombings that took place during prayer. Prime Minister Sherif Ismail said that the timing of the terrorist attacks indicate that terrorism is not related to Islam.

Grand Mufti Ahmed Al-Tayeb also condemned the terrorist attack, saying that these attacks will only motivate Egyptians to fight the terrorism that is attempting to destabilise Egypt.

Tunisia, Turkey, the American embassy, and the British ambassador, among other national and international institutions, have condemned Friday’s attacks.

Hasm has claimed responsibility for several attacks on security and police personnel over the past few months. Although it has not publicly claimed affiliation to any particular group, they are often marked as affiliates of the outlawed Muslim Brotherhood.