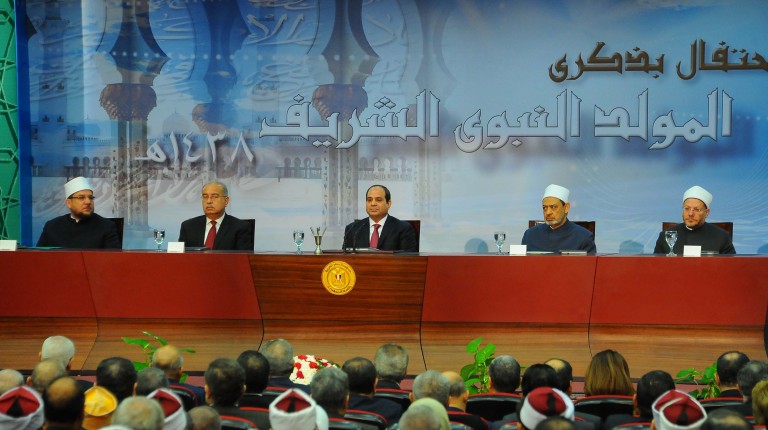 The committee will reportedly discuss the strengths and weaknesses in Egyptian society in order to develop a five-year road map aimed at reforming religious discourse.

The formation of the committee comes after President Abdel Fattah Al-Sisi delivered a speech commemorating the birthday of the Prophet Muhammad on Thursday. In his speech he agreed with Gomaa who had previously said Egypt needs such a committee. Al-Sisi said that the committee should be composed of scholars of religion, psychology, and sociology.

“The issue of improving religious discourse should not be reduced to unified Friday sermons,” Al-Sisi said, expressing appreciation for the role played by the Al-Azhar institution in fighting extremist ideology.

Religious discourse must be developed: Al-Sisi