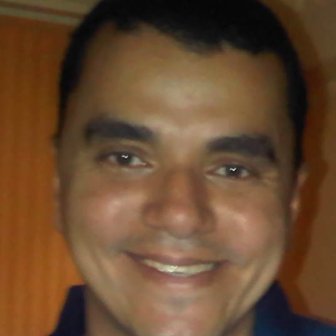 Business Process Outsourcing is a promising sector for employment and attracting foreign currency. Outsourcing is the relocation of a business process from one country to another, such as relocating call centres from Europe or other countries to Egypt in order to reduce the cost of labour.

About 90,000 people in Egypt work in call centres, including 50,000 employees that handle incoming calls from outside Egypt. This sector helps generate hard currency, with an estimated $1bn in annual exports.

How does Egypt compare to the Philippines? How much could Egypt achieve in five years? And what is required for it to succeed?

The call centre sector is divided into three types of services:

– Business Process Outsourcing (BPO), which generates about $15,000 per year.

– Information Technology Outsourcing (ITO), which generates about $40,000 per year.

– Knowledge Process Outsourcing (KPO), which generates about $60,000 per year.

The Philippines has achieved two of its goals, creating an estimated 1.3 million jobs and generating hard currency.

What I liked most is that they set a goal, and celebrated only after achieving it.

So, what is different in Egypt? In Egypt, we have no publicly stated goals and therefore we do not celebrate any achievements.

This sector needs university graduates who have a good command of languages. It also ​​needs good marketing and competitive advantages to attract companies to Egypt.

How much could Egypt achieve before 2022? Egypt could have 250,000 jobs in this sector, mostly in BPO services. It could generate Egypt $4bn in revenues, which is almost as much as revenues generated by the Suez Canal.

BPO is very important for Egypt now. It can generate revenues similar to the Suez Canal’s revenue, and no other sector could generate such a large number of jobs with a decent salary.

Is it really possible to achieve that? Yes, it is. The Ministry of Communications and Information Technology and companies such as Raya, Teleperformance, and Xceed can make it happen.

What is required to achieve that?

– Provide 50,000 university graduates each year specialised in multiple languages such as German, French, and English. This would require financial support from the state to cover educational costs. Learning English to a standard required by the industry would take approximately one year, and cost $4,000 per person, while learning German and French requires three years of study and about $12,000 per person.

– Lower costs in the communications sector in order to make it more competitive with places such as India and the Philippines.

– The state must focus on the ITO and KPO jobs, providing larger incentives and investment.

– Give the Ministry of Communications the freedom to guide the state’s incentives and investment.

Finally, and most importantly, the state must set a target for 2018, another for 2020 and 2030 for the number of targeted jobs, and we must celebrate the achievement of every 50,000 jobs created.

I wish we could celebrate as the Philippines celebrate! Long live Egypt with work and exports!