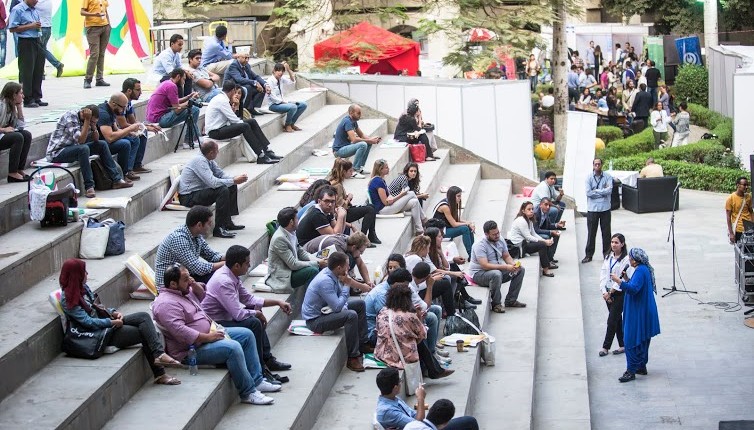 The fourth annual RiseUp Summit kicked off on Friday with thousands of attendees gathered in Downtown Cairo in the GrEEK Campus and the American University in Cairo’s Tahrir Campus. The opening sessions featured international figures in entrepreneurship and technology.

The first panel featured a group of experts discussing why start-ups from the Middle East do not scale to Sub-Saharan Africa and vice versa. They gave an overview of both markets, touching on commonalities and differences, and some of the challenges of scaling a business, as well as the opportunities of merging both markets. Speakers on the panel were Anthony le Roux, general manager for Uber Middle East and Africa; Karim Samra, COO at the Hult Prize Foundation; Thomas Van Halen, research lead at VC4Africa; Sharif El-Badawi, partner at 500Startups; and David Van Djik, director general at the African Business Angel Network (ABAN).

Speaking on the future of mobility, head of operations for EMEA at Uber Pierre-Dimitri Gore-Coty said that today, ride-sharing accounts for under 4% of the miles driven globally, with Morgan Stanley estimating that number to rise to more than 25% by 2030. “A better future is within our grasp—where people have equal access to affordable transportation, spend less of their income on cars or commutes, and less time stuck behind the wheel,” he added.

Emeka Afigbo, strategic partner manager at Facebook, talked about the Facebook tools to build and grow a business.

In a panel on the role of media in the entrepreneurship ecosystem, a group of journalists discussed how covering entrepreneurship can help facilitate economic sustainability in Egypt and the MENA region in general, by driving more conversations around challenges, policy formation, investment, and technological education. The panelists were independent journalist and writer Elizabeth MacBride, The Economist bureau chief Roger McShane, CBC television presenter Dina Salem, CairoScene writer Valentina Primo, and Tarek Attia of the Egyptian Editors Forum.

Abdelhameed Sharara, CEO and founder of RiseUp, said that the region’s start-up scene is getting bigger and better each year, noting that there are also a lot of challenges. “Start-ups still lack access to funding, talent, know-how, markets, and exposure,” he explained. “That is what RiseUp Summit 2016 is offering the ecosystem this year: content that is 100% focused on these top five core needs.”

Entrepreneurship and start-ups sector highly likely to grow in 2017

Startup Reactor: a 5-month programme to fill the gaps between entrepreneurs and investors