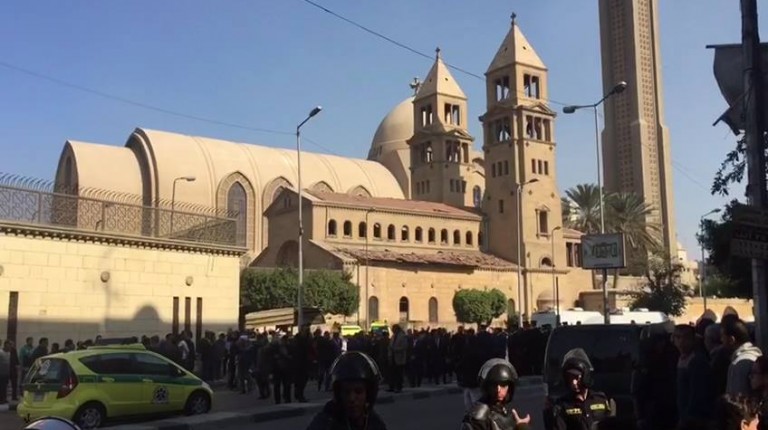 At least 25 people died and 49 were injured in an explosion inside Saint Mark’s Coptic Orthodox Cathedral in Abbasiya, according to state TV.

Army forces were deployed at the scene after the attack, security sources told Daily News Egypt on condition of anonymity, adding that casualties may increase.

Eyewitnesses said the explosion took place at about 10am, but could not confirm what exactly had happened. Some suggested that someone threw a bomb into the cathedral during the weekly Sunday mass.

Amid panic at the scene, families tried enter the cathedral to check on their relatives that were attending the mass.

“Fourteen ambulances transferred the injured to Dar Al-Shefaa and Demerdash hospitals,” a statement issued by the Ministry of Health said.

The Coptic Cathedral explosion came during an official holiday, celebrating the birth of Prophet Muhammad.

In Pictures: Ruines and blood inside the Coptic Cathedral in Cairo