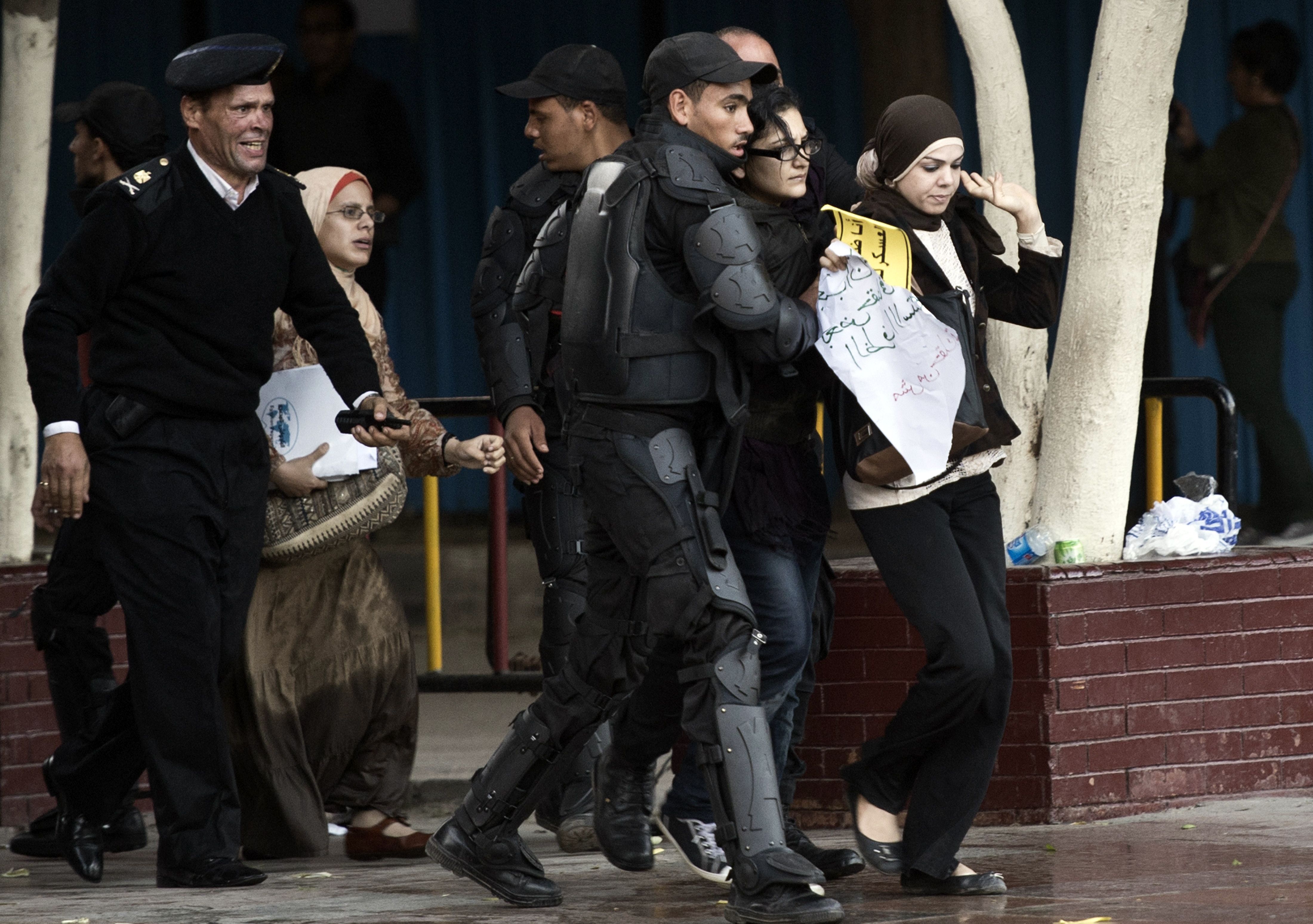 Dozens of people held a protest in front of the Press Syndicate on Saturday demanding the release of female detainees. The protest was organised by two different groups campaigning for the rights of prisoners and coincided with International Human Rights Day.

The two participating groups were “The Right of My Children” and “The Girls Must Go Out”. The participants demanded the release of all female prisoners who are either serving a sentence or are being interrogated pending investigations.

The groups said there are 40 female prisoners in Egypt, stating that the majority are being subjected to various forms of violations. The participants also called for the release of children from Egyptian prisons, asserting that children and “minors should not be part of the political dispute”.

Dozens of women have been arrested during protests or in their homes during the past three years, as part of the crackdown on Islamists.

Militant groups have often used the detainment of women as justification for their attacks against security forces.