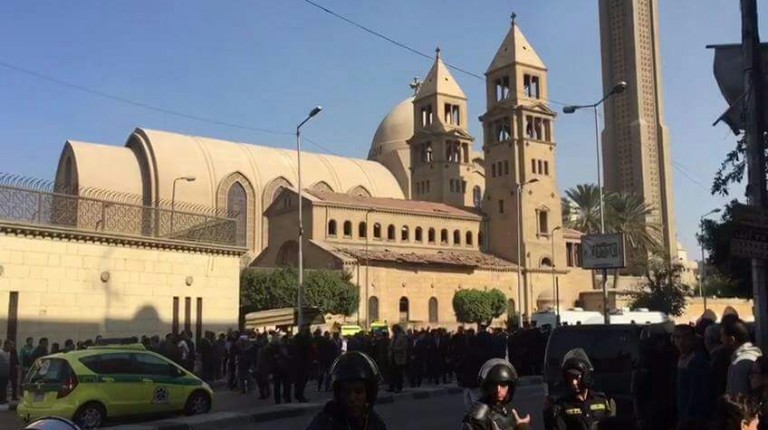 Analysts in securities brokerage companies expect the explosion at the Saint Mark’s Coptic Orthodox Cathedral in Abbasiya on Sunday to accelerate the pace of an awaited decline in the Egyptian Exchange (EGX) in Monday’s session.

Experts suggest that the explosion, preceded by another one in Al-Haram street in Giza two days ago, will lead to a decline in the EGX30 index from 11,298 points to 11,000 points during Monday’s and Tuesday’s sessions.

Last week, the EGX had witnessed a 2.17% decline with low trading volume, to EGP 7.4bn from EGP 8.8bn the week before.

Mohamed El-Assar, head of the technical analysis department of MENA markets in the National Bank of Kuwait (NBK), expects the explosion at the church to accelerate the pace of decline the EGX had expected during the first half of this week’s sessions.

He noted that when the EGX closed at the level of 11,298 points on Thursday, it indicated that the decline will continue on Monday and Tuesday. However, the recent incident will accelerate the decline. “The decline will be most prominent during the first hour of the day as a reaction to the terrorist act,” he added.

El-Assar expects the EGX to begin a state of cohesion during Wednesday’s session to jump to the level of 11,450 points by Thursday’s session at the end of this week’s trading.

He advised that people not panic during the decline because the market will regain the purchasing power again during the last two sessions of the week.

Adel Abdel Fattah, managing director of Themar Securities Brokerage, said the market had witnessed a performance decline last week, and the recent terrorist acts will increase the decline this week.

He expected the EGX30 index to decline to 11,100 points due to the terrorist attacks, but considered the awaited purchases by institutions and foreigners as the key to getting out of the pressure of these recent events.

He noted that the EGX is currently witnessing what is known as an “exchange of roles” between stocks, where the purchasing power prefers certain stocks over others in more than one session, then increases purchasing of other stocks. This may be the result of research departments advising investors to purchase these stocks to use the opportunity of their current high prices.