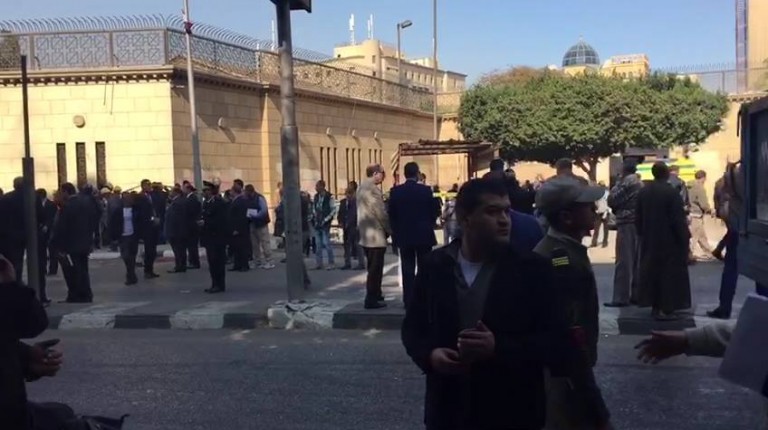 Al-Sisi spoke during a funeral organised by the state for the attack’s 25 victims at the Unknown Soldier Monument.

“The man who entered the church and blew himself up is named Mahmoud Shafiq Mohamed Mostafa. His body was found on site. He used an explosive belt,” the president said.

He added that three men and a woman were arrested in connection with the attack, while two suspects are being searched for. The president dismissed claims that security should share responsibility for the attack, arguing that much of the successful efforts in combating terrorism are not announced to the public, especially in North Sinai.

He concluded: “What happened is a strike by forces of evil who feel demotivated. But they will not be able to destroy our unity.”