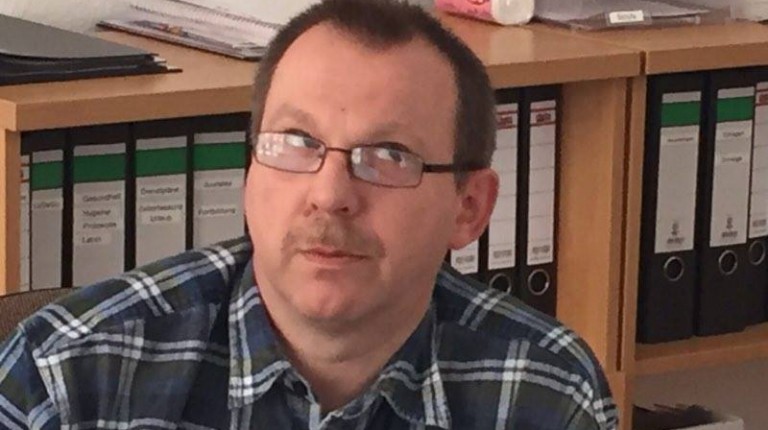 Michael Grunewald, the manager of AWO Refugee House in Gotenburger Straße, a pluralistic neighbourhood located in Berlin that is home to many Arabs, Turks, and Iranians, believes that the recent wave of refugees coming into Germany are very fortunate

Refugees face a number of obstacles and challenges in their bid to integrate into German society, said Grunewald. The ideal integration that everyone searches for is not fully possible, he explained, noting that problems with the housing crisis and searching for work are bound to create a host of difficulties.

He said that the house he manages used to operate as an old school. The house has received 180 refugees from different countries, including Syria, Iran, Afghanistan, Pakistan, Palestine, and Lebanon. They include 14 families and more than 20 children. He thinks they are lucky to be in an area with vacancies in schools and nurseries for their children, which is not easy to come by in Germany.

The house has 12 employees of Arab, Russian, Polish, and German origins, in addition to kitchen workers and cleaners from Senegal and Turkey.

Grunewald said that the scope of Islamophobia in Germany is exaggerated, given that the country plays host to more than 25 different religions and there is no distinction between them on the basis of religion.

However, he believes that notions of Islamophobia do exist and that sentiment is growing and being fuelled by some Yemeni parties that exploit people’s fear. Grunewald believes that such fears can be countered by understanding the source. He gave the example of how the Crusaders exploited the Bible to wage wars, and today Islamists exploit the Quran.

Grunewald emphasised that Germans look for information in all cases, and avoid generalisations, which is important.

He said: “I know that there are some who are expressing their general fears, but we go to Arab and Chinese restaurants and care about the knowledge and acceptance of other cultures. Foreigners are an integral part of German society, but integration will never happen in full and there will still be problems to be dealt with calmly and there will still be those who seek to exploit situations, thus it is important to uphold the law.”

He said that most refugees have chosen to come to Germany due to its refugee integration programmes. This is in addition to providing economic, social, health, and educational aid with no time limit; unlike in Spain, where aid only lasts for six months, and in France and Switzerland they barely provide aid.

He thinks that it would have been better if refugees were not divided along Macedonian borders and European countries, and the results of what has occurred during this massive influx of refugees will become clear later, but not now. He said that Germans, as usual, have learned a lot from this crisis.

Mohamed, a Palestinian refugee working in the refugee house, came to Germany to study political science, and then decided to stay.

Mohamed said that he often receives complaints from refugees about abuse occurring in a number of different offices, particularly regarding translators allegedly manipulating translations. He attributed these claims to a lack of professionalism, or perhaps due to the language of the translator not being strong enough to live up to the standards of the work.

Mohamed, who refused to speak Arabic so as not to exclude his manager from the conversation, said that refugees have official documented rights in the European Union, but he also believes that the receiving country also has rights. The most important thing for a refugee is to have his privacy respected and to take a chance to live independently. In his opinion, Germany provides this, which will help refugees learn the language and provide schools for children to continue their education.

Mohamed took us on a tour to inspect the accommodation of refugees, and the places where they prepare food and wash their clothes in the old school. He said that in emergency situations they give refugees shared accommodation in the halls or dormitories, which makes it harder for the refugees to learn the language quickly, unless they have a “willpower made of steel”.

He sees that refugees should build themselves into becoming independent individuals. “I personally, from my experience, can say for sure that learning the language will eliminate most of the problems refugees face,” said Mohamed.