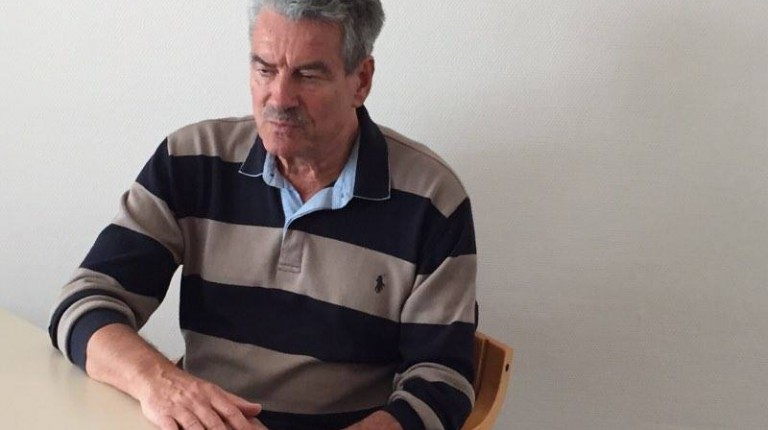 Manfred Nowak, chairperson of the workers’ welfare association (AWO), woke up early one day to find that Nazi graffiti had been sprayed on the walls of a refugees home in Berlin, drawn by rightwingers.

“This is not a real threat,” Novak said. “This act shows the fear and terror that the voters of the rightwing parties have, and so we need flexible mechanisms and strategies to deal with these problems.”

Nowak said that many Germans were struck with empathy after seeing photographs of a drowned Syrian boy’s body washed up on a Turkish beach in 2015, and offered to cooperate more closely with civil society organisations to help refugees.

Nowak used one of the rightwing parties’ expressions, saying “the image here has two sides: the real fear, and the image of intimidation to exploit the situation. We are used to putting our differences aside, and we deal with facts, so we organise conferences and seminars meant to educate the public.”

Nowak criticised German chancellor Angela Merkel for limiting the number of refugees Germany accepts, adding that he believes the government does not have a concrete plan to deal with refugees. “Our duty in the organisation is to know the nature and conditions of refugees, and give them strategies and tools to enable them to help themselves in the future.”

“Our organisation is experienced in dealing with refugees,” Nowak said. “We have been working in the field since the 1980s, and we have 12 refugee houses, and core staff covering all areas. We also have a long history in working with civil society volunteers.”

Bureaucracy is perhaps the most serious obstacle refugees are facing. According to Nowak, there are over 80,000 refugees in Berlin. “We must develop a mechanism by which to integrate these people swiftly.”

Some of the obstacles refugees face come in the form of those meant to help them, such as translators. Nowak said that some translators deliberately mistranslate because of their political differences with the refugees, adding that this is a deliberate attempt to weaken their legal position. He added that Germany does not have the budget or the number of specialised workers capable of servicing all the refugees.

“We are looking for refugees or foreigners who speak both languages. Many of those that work with us are volunteers and we can only afford to cover their transportation costs. Everyone does what they can to help, but the needs of the refugees exceed the capacity of our staff,” he explained.

One of the most important things refugees can do is learn the language of their host country, Nowak argued. “Children are able to communicate within three weeks if they learn, but it is more difficult with adults—particularly when it comes to the elderly and the uneducated. We must address this issue because whoever cannot express themselves can become more violent.”

Refugees who do not learn the language and integrate may form parallel societies. Nowak says this phenomenon is unhealthy, and that refugees must learn to speak the native language.