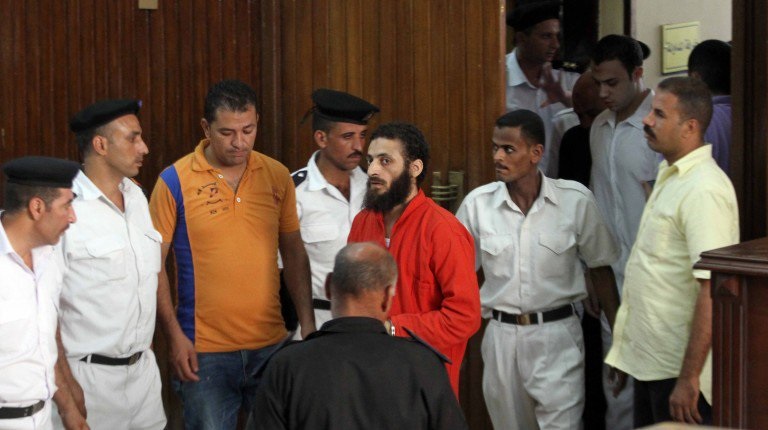 The Cassation Court upheld on Monday another death sentence for militant Islamist figure Adel Habara on charges of killing a police officer in 2012, after his appeal was rejected.

The incident goes back to 2012, when Habara allegedly shot an undercover police officer in Sharqeya.

Habara, also known as Adel Mohamed Ibrahim, was arrested in August 2013 while hiding in the North Sinai city of Al-Arish. Habara is allegedly a leading member in the “Ansar and Mujahideen” jihadist cell.

This is not the first death sentence given to Habara. In December, the Cairo Criminal Court upheld death sentences against the Islamist and six other militants in the “second Rafah massacre” case. They were convicted of killing 25 police conscripts in an ambush on a police convoy in August 2013 in the Abu Tawila region, along the Al-Arish-Rafah Road in Sinai. On Saturday, the Cassation Court upheld this sentence.

Although Habara is accused in other terrorism-related cases, legally the decision of the Cassation Court regarding his execution should be sent to the prosecution, which will send it to the presidency for approval.