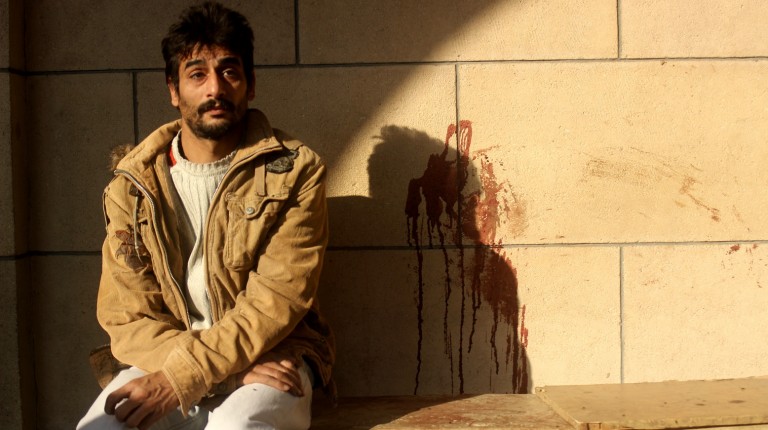 State officials assured on Tuesday that the Criminal Procedures Law would be amended to address the slow pace of litigation and to swiftly handle terrorism-related cases following President Abdel Fattah Al-Sisi’s call for the government and parliament to intensify efforts in issuing laws to counter terrorism.

The president’s statement came during the official funeral to honour the 25 victims of the deadly attack on St. Peter and St. Paul Church. The funeral was held Monday at the Unknown Soldier Monument located in Cairo’s suburb of Nasr City.

The incident caused parliament members and public figures to call on the government and parliament to enforce a counter-terrorism law, and to amend the Criminal Procedures Law and Article 204 of the Constitution related to military trials. All of these measures would be carried out in order to combat terrorism.

During an interview with Tamer Amin on Al-Hayat channel, Justice Minister Hossam El-Din Abdul Rahim said a committee of legal experts will begin working on the amendment to the Criminal Procedures Law on Tuesday. He expects the amendment to be ready after a month’s time, noting that the law had not been amended for 80 years.

Parliamentary speaker Ali Abdul Aal ordered for parliament’s Constitutional and Legislative Committee to submit its comments on the Criminal Procedures Law, regulating appeal procedures at the Cassation Court, and the proposed counter-terrorism law.

Abdul Aal also ordered for an ongoing session to study the laws and to look into all MPs recommendations regarding their content. The parliamentary speaker explained that amendments to the laws aim to address the slow-moving litigation and to reach a prompt, fair court ruling on pressing issues.

Minister of Legal and Parliamentary Affairs Magdy El–Agaty said the government has prepared a “new Criminal Procedures Law”, which will be announced during a conference in two weeks, according to state media.

El-Agaty also agreed with Abdul Aal that the law’s amendment should aim to produce prompt rulings, explaining that while the Penal Code eventually holds all criminals accountable, the idea is to create a swifter process that aims at confronting terrorism within a slow judiciary system.

He also noted that government previously sent amendments for the law to the parliament, but discussions on the amendments were postponed based on an order from the Supreme Judicial Council.

The aforementioned statements only regarded calls for amending the Criminal Procedures Law, without clarifying anything regarding military trials, which were called for by several MPs and public figures.

In a conversation with Daily News Egypt, prominent human rights lawyer Malek Adly, who is known for his critical opinion of the government, denounced the possibility of making amendments to the Criminal Procedures Law, adding that the law does not require any amendments.

He said the state’s intended amendments would only result in unfair rulings, as they are planning to amend articles that will prevent the court from hearing the testimonies of the prosecution or defence witnesses.

Commenting on military trials, he said the state usually exploits such incidents to impose a stronger security grip on civilians, noting that military trials against civilians are already taking place in accordance with Article 204 of the Constitution.

Following Sunday’s attack, MPs and public figures called for military trials for those proven to be involved in the attack. The figures justified their calls by saying that Egypt’s litigation procedures are very slow, as there are several terrorism-related cases that have been ongoing for over three years without being concluded by final verdicts, while military trials would be adequate punishments for the involved terrorists.

Article 204 in the Constitution permits military trials for civilians only in cases related to insulting the armed forces or targeting their equipment, vehicles, weapons, ammunition, documents, military secrets, public funds, officers, or personnel, but not terrorism attacks targeting vital institutions or civilians. Therefore, some public figures and MPs called for its amendment to further include cases of terrorism.

Activists have related calls to enforce military trials against terrorists to the Emergency Law that was enforced during former president Hosni Mubarak’s regime. This law justified many different types of arrest by awarding security forces the right to arrest any citizen based on suspicious grounds. The law was one of the main demands of the 25 January Revolution.

A legal researcher in the Egyptian Centre for Public Policy Studies, Marian Sidhoum, spoke on the relationship between the Emergency Law and military trials, telling Daily News Egypt that both are an exception and were required during a time of war or high tension.

“The enforcement of such laws and regulations results in unfair arrests, and will result in people feeling unsafe and afraid,” she added. The researcher explained that military trials do not allow defendants to have legal representation, and verdicts cannot be appealed.

Opponents of military trials have previously rejected the idea of referring terrorism cases to military courts, claiming that creating a specialised court system would be the most appropriate measure in accordance with the Penal Code, which contains enough articles to uphold the accountability of the judiciary.

However, the justice minister commented on this saying there are already courts specialised for terrorism cases, but only a few.

When Amin questioned him during his interview about the limited capacity of judges being able to rule on terrorism-related cases, the minister said that the state is unable to hire any more judges, and that the state already appoints around 1,000 judges annually.