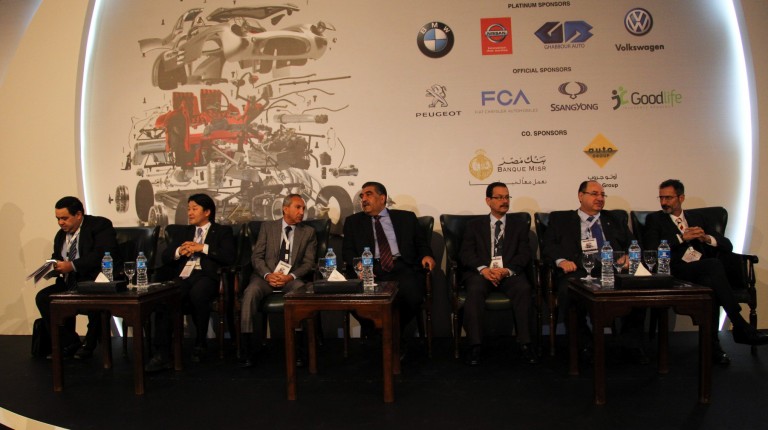 The executive director of the third round of the Egypt Automotive Summit, Mohamed Aboul-Fotouh, announced several topics which participants will be discussing. Topics on the agenda at the summit include facilitating the export of spare parts, competition with foreign companies, local feeding industry experiments, and the role of banks in financing feeder industry experiments.

“We will also discuss raising the number of locally manufactured components in car manufacturing, and car makers’ ability to implement the automotive development strategy,” Aboul-Fotouh said, adding that the value of the US dollar price is expected to fall against the Egyptian pound. “This would stimulate the industry in the coming years,” he stressed.

The Algerian market was presented as an example of a successful model for attracting foreign investments to the automotive industry.

Mohsen Adel, a financial analyst, member of the presidency’s Advisory Council for Economic Development and moderator of the opening session, said the automotive strategy aims to increase the market size from 250,000 cars per year to 1m cars, as well as to increase investments from $1bn to $3bn. The strategy also aims to boost imports from $0.5bn to $3bn and raise the local manufacturing proportion from 40% to 70%.

Minister of Public Sector Affairs Ashraf El-Sharkawy said Egypt has many feeding industry factories. Yet, he noted, some of them have shut down due to deficits and shortages. “We penned a six-month plan to review the situation of these companies and whether to liquidate or revive them,” he added.

He noted that there are ongoing negotiations with several foreign factories and importers to benefit from their experience in manufacturing. “They may invest in the revival of these companies through financial leasing,” he explained.

El-Sharkawy pointed out that negotiations over government companies and the form of potential partnerships with foreign investors will be announced within six months. He stressed that the foreign companies included in the negotiations produce cars that are not currently sold in Egypt.

Moreover, he said that that the negotiations may lead Nasr car company to begin manufacturing buses as well as passenger cars. As for financing, he explained that it will not be a problem in light of the several possible solutions, including financial leasing, bank financing, and attracting foreign investments.

Mustafa Hussein, chairperson of the Automotive Marketing Information Council (AMIC), reviewed the council’s indicators, saying that sales of passenger cars dropped by 14% in 2016 compared to 2015. He, however, noted that sales were up from 2011. “This proves that there is potential for growth,” he added.

Hussein added that the buses sector has also struggled with a decline in sales tied to the struggling tourism sector, but was optimistic in regards to the upcoming fiscal year.

Hussein also said that the state could collect as much as EGP 55bn from the automotive market in 2017.

The chairperson of the Suez Canal Economic Zone, Ahmed Darwish, said the administration of the zone is working on three main axes: namely, the manufacturing of cars, building a port designated for car shipping, and the allocation of a trade zone for cars on 100,000-200,000 sqm.

“We have a clear desire to compete in car manufacturing,” Darwish said. He noted that the zone signed an agreement with McKinsey & Company Consulting to review the competitive advantages of the zone in car manufacturing, adding that discussions with international manufacturers such as Toyota are ongoing to learn about their needs and work on implementing them. “They highlighted 15 demands that we are currently working on,” he pointed out.

Furthermore, Darwish said that they now understand the language of the sector and the feeding industries and expect to present a clear vision for the strategy in the coming year’s summit.

In addition, he said that an offer from a Japanese-French alliance is on the table to build the car port in East Port Said, expecting the pier to be completed in February 2017.

He noted that despite imposing the value-added tax, the zone has approved the establishment of a petroleum refinery with another one coming soon. “This proves that investors do not count tax cuts as main incentives,” he stressed.

Egypt has a lot of potential in Automotive industry compared to other countries in the region :Matta

96% of time spent in cars wasted, 20% of cities turned into garages: Waked