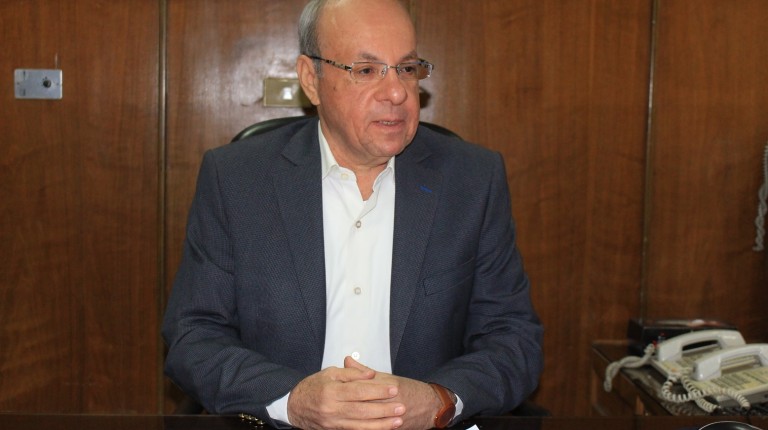 Wahid Abd Al-Majid, a legal expert and the former head of the Al-Ahram Center for Political and Strategic Studies, sat down with Daily News Egypt to discuss what spectrum, if any, exists in the political scene, its conflicts, and what Egypt can expect from the coming year.

What do you expect of the coming period preceding the supposedly scheduled 2018 elections?

The current situation doesn’t allow for any scientific or logical reading ruled by the dynamics of political or anthropological rules of analysis. To read beyond the daily events you must have an insight into the mentality of those who govern the scene. These people have a specific thought process and a mindset from which they make their decisions.

Could the Egyptian military be thinking about introducing any alternatives?

The Egyptian military is a very closed off organisation, and there are no tools which we can turn to in order to better understand their mindset. Amid the deliberate absence of transparency, we can gleam very little of their intentions.

As an example, economic decisions are currently being made that are contrary to what was declared one year ago. The parliament itself is clearly controlled by a player from behind the scenes. It is as if we have been taken hostage by ghosts, knowing only what has happened once it has transpired.

What we can see is that we have many dangerous problems that are leading us to even bigger problems. Most countries try to deal with social and economic problems before they lead to other problems. In this regard Egypt is unique. We create most of our problems by arbitrary minds that make decisions before analysing the potential consequences, and so we do not solve issues, we create new ones.

Do you think that the dwindling popularity of the current regime will continue to plummet?

For sure. The crises gripping society are taking their toll on the poor and vulnerable classes that are increasingly unable to bear these burdens, and their discontent will continue to grow so long as the same ruling mentality persists.

The regime claims that the decision to float the Egyptian pound is an example of core reforms, rather than a temporary solution.

The regime focuses on the symptoms of the problems, rather than their core. To add insult to injury the government promises a panacea, but delivers a placebo. Their inability to fix the problems as promised contributes to the rising frustration among the ranks of the poor and vulnerable people which ultimately bear the majority of the burden.

Furthermore, the regime also utilises inaccurate vocabulary. As an example, when they speak of economic reform what they are actually talking about is monetary and exchange rate reforms. Egypt has a fragile economy precisely because our production capacity is so weak. If we can increase our production capacity, then monetary aspects of the economy, as well as living standards and the budget deficit will improve.

Is the crisis of governance in Egypt due to a lack of knowledge?

Nobody is lacking knowledge in this age. It is a matter of mindset or mentality. The mindset of trying to dominate the last inch of the country not only blocks modernisation, it also hampers economic growth and democratic practices. In other countries similar to Egypt, the only path to economic progress is through microeconomics, by encouraging small projects across the country. In order to do this the state must give people a free reign in governance, turning its population from a burden to a huge source of power.

Dictatorial regimes neither want people to be empowered, nor have them take part in governance through real democratic practices. When millions of people participate in increasing production capacity, they shouldn’t and couldn’t be controlled or dominated. Increasing production by utilising the population’s capabilities is the only way to create real, tangible investment opportunities. Brazil, India, and Malaysia are prime examples of this.

What do you think the regime expects from creating new crises?

Through its arbitrary decisions, the regime ironically confesses that their choices are a self-defence mechanism. They are focused only on their own needs. As an example, for two years they have been saying that they expect investors will return any day now. They believe this because they are taking measures under the umbrella of monetary and security reforms. But these measures attract “hot money” investments, which are quick investments aimed at capitalising on different interest rates and can be potentially destabilising to a market.

A unified exchange rate and an absence of a black market are positive signs for investors, but are these the most important factors? No. Every study in this field points to the fact that investors primarily look to see if they will be investing in a law-abiding state. Surprisingly, security is not often a concern for investors, who can protect their own assets with modern technology and private security, but cannot solve the problem of the absence of law. South Africa, for example, is considered to be an unsafe country, and yet it still attracts huge investments.

In Arab countries, regimes consider total domination the only way to achieve rule of law. Why?

The desire for total domination and the illusion of achieving it through their security apparatus isolate them from real facts, information, and truths. Like what happened in the Mubarak era, the slogan was stability comes first, and it turned to be a big illusion. Dictatorship and domination never create stability.

I want to point out that were it not for the democratic transition of power in the United States of America, their society would have erupted. Americans have developed a hatred of the cultural and political elites in their country, and this is embodied in the election of Donald Trump. Democratic states are less vulnerable to revolutions and societal outbursts as they have built respect for the democratic transition of power, which leads to a respect of the rule of law.

Repressed anger and mounting discontent, what will this result in?

There will be no revolution. It is currently not possible due to the fear of the unknown and the lack of any real alternatives. The anger would grow but it would be disorganised, leading to small shattered protests. People are less inclined to rise up, particularly given the regional situation. While some may consider the idiom “at least we are better off than Syria and Iraq” to be a tool used by the state to frighten its citizens, it has become deeply rooted in the psyche of the Egyptian people.

Large segments of society think this way. They tell themselves that we are going through hard times, but the alternative would be civil war or becoming refugees. In addition to the fact that there are no alternatives but to surrender to these fears, this also is strengthened by its recurrent use by the regime and its security, media, and religious affiliates.

Who is responsible for introducing alternatives?

The alternatives are being formed on their own as a result of deep interactions inside the fabric of society. The paradox is if any power tries to force an alternative which does not fit into the natural order of a society, even a repressed one, that alternative would seem artificial and would be doomed to fail.

Do the political and cultural elites carry any of the blame for failing to introduce alternatives?

The change led by cultural or political elites have a very slight immediate effect, but it helps lead and push the accumulative momentum. During the Renaissance Age there had been hundreds of thinkers like Voltaire, Jean-Jacques Rousseau, and Immanuel Kant. When you read their early literature you could taste their bitter frustration due to the social indifference to their ideals, but this was on the surface. Deep within the fabric of their societies their ideas were being discussed. The principles of the French revolution took decades of conflict and bloodshed before its ideas had tangible results.

What do you think of the ruling of the Supreme Constitutional Court (SCC) regarding the notorious Protest Law?

A very positive step. You will always find such lights in the dark tunnel. It proves that there are still living cells in the Egyptian society whose bias is for professionalism and social justice.  They succeeded in overcoming the draconian political process.

How do you see the endorsement of the new NGO Law by the parliament?

It is a part of the orchestrated process of eliminating any practice of civil rights. This extends to all public fields of thought, creativity, and culture. I think this law will be subject to the same fate as the Protest Law, as the same constitutional rules apply to it. Notifying the stage of a planned protest as well as establishing an NGO, doesn’t mean requiring permission from the authorities. I think that the (SCC) will rule it is unconstitutional also.

What will be the role people like Mohamed ElBaradei and Hamdeen Sabahy play in the period preceding the 2018 elections?

All these figures that played a part in previous stages are no longer fit to play any further role, and they should quit the political scene forever.

ElBaradei played a historical role which, in my point of view, should have ended on 28 January 2011. His presence in the post-revolution political scene was very costly for him and for the revolution as well. He is not a political man, and only began playing politics after a long professional career, but he lacks any in-depth knowledge of Egyptians and how they think and act.

The historic role he played was proving that the absence of alternatives is merely a myth and such historic functions have been played by very few people in the history of mankind.

Sabahy had also played a rare historic role. He introduced a pragmatic project embodied in his electoral programme that would change the course of life in Egypt forever. Although this is not mentioned now due to many reasons, history will surely remember that. People who play such rare historic functions should understand this fact and shouldn’t belittle themselves in trivial pursuits.

It will be a ceremonial one without any real competition. I think it will be similar to the Mubarak-era referendum. It will be even worse than Mubarak’s 2005 elections. At least in those elections Mubarak ran against a competitor that had some presence, Ayman Nour. There could be competition in the elections, but they won’t be individuals who are seeking real reform and change.

What do you think of the recent efforts to reconcile the state and the Muslim Brotherhood?

There have been leaks since the start of the year that suggest the regime and the brotherhood have made efforts to reach a so called reconciliation, but the fact is they were attempts to reach a political deal and there are signs the attempts have failed.

Why would the regime want such a deal?

The Brotherhood still has a large presence in the community, but their cadres are stagnant. Nevertheless, if their leadership would issue instructions then their ranks would mobilise in an instant. The sheer number of Muslim Brotherhood members means that a full-blown crackdown would result in an enormous amount of detainees, which would become a heavy burden to the state. Settling scores is important to the state, but they must do so in a way that allows them to be reintegrated into society.

Topics: 2018 elections a legal expert and the former head of the Al-Ahram Center for Political and Strategic Studies Wahid Abd Al-Majid