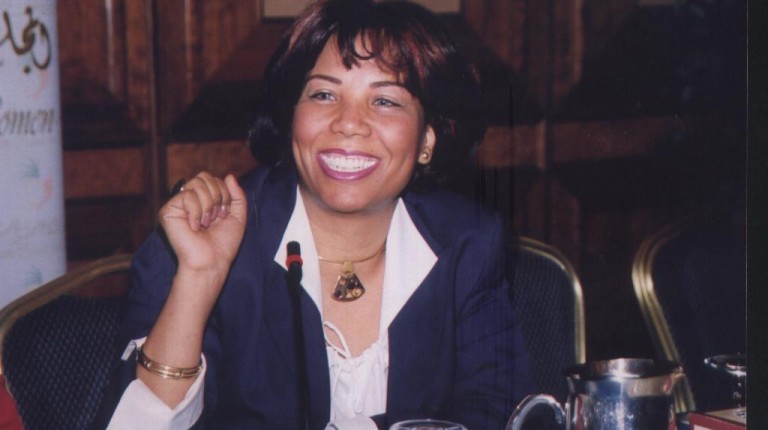 The Cairo Criminal Court upheld on Wednesday a decision to seize the assets of rights lawyer Azza Soliman, while postponing the ruling on the same issue for Mozn Hassan, director of NGO Nazra for Feminist Studies, to 11 January, according to the Center for Egyptian Women’s Legal Assistance (CEWLA).

Both Soliman, CEWLA’s director, and Hassan stood before court on Monday to proceed with their appeals against the freezing decisions. The court decisions are related to the prosecution of civil society workers in the case publicly known as the “foreign funding case.”

In a Monday statement, Nazra said: “In [Monday’s] court session at Abbassiya Court, which looked into the request for the freeze of lawyer Azza Soliman’s assets and that of her law firm, a request was made for the asset freeze of human rights defender Mozn Hassan and Nazra for Feminist Studies, within the context of case no.173 for the year 2011, known as the ‘NGO foreign funding case’, as her name is listed in the case.”

“[The session of Mohmed Zarea] from the Arab Penal Reform Organization (APRO), based on a request from the investigative judge, was postponed to 14 December to review case papers and documents, in addition to issuing the verdict for Azza Soliman and her law firm in the same session,” Nazra added.The court should look into requests to freeze their accounts on 11 January.

On 19 November, Soliman was banned from leaving Cairo International airport before travelling to the Jordanian capital of Amman to attend a rights conference. On 22 November, Soliman filed an appeal against the decision that was issued against her by the general prosecutor, ordering the freeze of her assets. She was told that her assets were frozen by bank employees.

Soliman was arrested on 7 November from her house. According to the Cairo Institute for Human Rights Studies (CIHRS), it was the first time an arrest warrant was issued against an NGO worker in the NGO foreign funding case.

Over the past few months, several rights lawyers and activists were banned from travelling and had their assets frozen due to their involvement in the NGOs foreign funding case, including Hassan, Hossam Bahgat, and Gamal Eid.