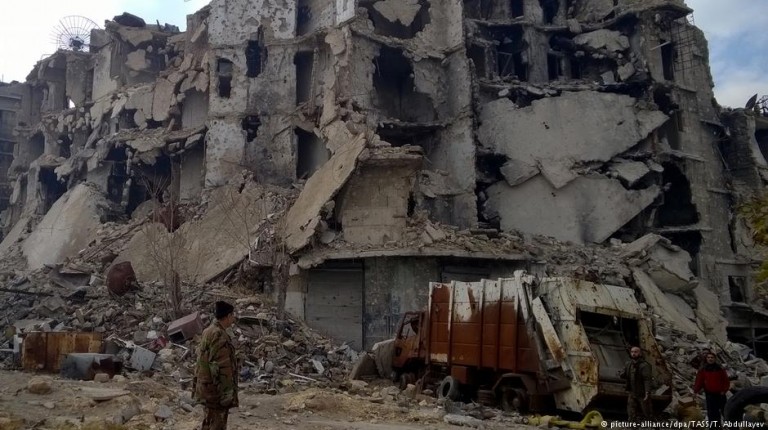 A shell blast in rebel-held eastern Aleppo is believed to have been fired from government-held areas, a monitoring group and witnesses said on Wednesday.

The Britain-based Syrian Observatory for Human Rights said the blast originated from regime forces in a southern section of eastern Aleppo. Syrian rebels also said the government had resumed shelling.

“There is fierce bombardment by the regime forces on besieged Aleppo, using artillery, tanks, and mortars,” a Turkey-based official in the Jabha Shamiya faction told Reuters news agency, citing reports in the city.

The ceasefire deal to allow for evacuations of opposition fighters and thousands of civilians was reached late on Tuesday after negotiations between Turkey and Russia.

A senior Turkish official told Reuters that Ankara was acting cautiously but was continuing talks with Russia and other parties in Aleppo, adding that the deal was very fragile.

Pro-government forces trapped thousands of civilians and rebel gunmen in eastern Aleppo after weeks of a crushing offensive operation to clear the city of the opposition.

Implementation of the agreement, which was due to start early Wednesday morning, was delayed as civilians waited in the cold with no sign of movement. Buses and other vehicles had been set aside to transport people out.