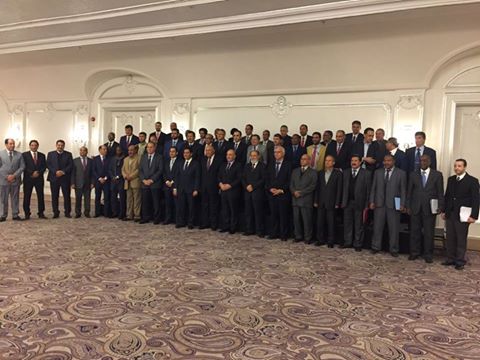 A group of Libyan representatives from different political factions met in Egypt to discuss the Libyan crisis in an open discussion on 12 and 13 December, during which they proposed five suggestions to put an end to the Libyan turmoil.

The conference, which was held in the presence of Minister Foreign Affairs Sameh Shoukry and the Egyptian Armed Forces’ Chief of Staff Mahmoud Hegazy, concluded by proposing suggestions to end the political turmoil. These suggestions include the importance of the independence of Libya’s army from any political entity in the country. The second suggestion was the amendment of representatives inside the Libyan National Dialogue commission in order to include all political factions, and specify the role of the army’s chief commander.

Egypt is directly affected by the political turmoil in Libya due to its proximity and its prevalence in different parts of Libya. Egypt has managed to return thousands of Egyptians through the border of Salloum over the past year.

The turmoil in Libya has increased over the past few years following the downfall of Muammar Gaddafi. The militants and extreme groups have taken over several areas in Libya.

Libya was divided in 2011 into several political factions and the turmoil has since increased; however, the political agreement that was signed in 2015 sought a settlement to the situation. Commander of the Libyan armed forces Khalifa Haftar is acting alone without aligning with the Government of National Accord, which may cause a civil war.