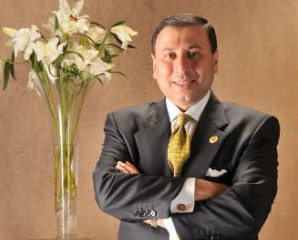 Despite the series of economic problems afflicting Egypt, AccorHotels remains adamant about pumping more investments into the Egyptian market, which it considers one of the best markets the world over.

Daily News Egypt interviewed Frank Naboulsi, the regional vice president of the company in Egypt, to ask him about the company’s vision for the future.

What is AccorHotels’ analysis of the Egyptian market?

We’ve always believed that Egypt is a great place for future investments. I see that Egypt is an undervalued market, and people overseas want to see the culture Egypt has to offer, as the country is home to 33% of the world’s monuments and has wonderful food, beaches, and diving and other great things that make Egypt, in my view, one of the greatest markets in the world.

Where has ARCO invested in Egypt?

ARCO has hotels in Sharm El-Sheikh, Katameya, 6th of October City, North Coast, and Hurghada where they assigned AccorHotels to manage.

Do you think AccorHotels has been successful as of late?

We’ve been very favourable hotel operators who provide the best return on investment to our owners. We’ve witnessed hotel occupancy rates of more than 80% despite all of the issues Egypt has been facing.

As a company, how did the US dollar shortage affect you? Have you had problems transferring money?

We don’t have any problems transferring money. We, as a company, have the right to deal with the current circumstances, and we don’t have a problem with transferring money. However, the dollar crisis impacted everybody, but we have to work in spite of it because I believe it’s a short-term issue, and I’m very confident Egypt is on its way out of it.

Do you believe in the Egyptian market despite all of the current problems?

The Egyptian market is very resilient. I see that it has the potential to grow, and we only need more promotional and marketing campaigns to achieve this.

Yes, we cooperate with Egyptian, European, and American tour operators, to guarantee different varieties from different markets around the world.

How much does Egyptian labour represent within your company?

I’m proud to say that it represents more than 97%, because we believe in training and promoting Egyptian labour to build them up so that they are able to work in Egypt and overseas.