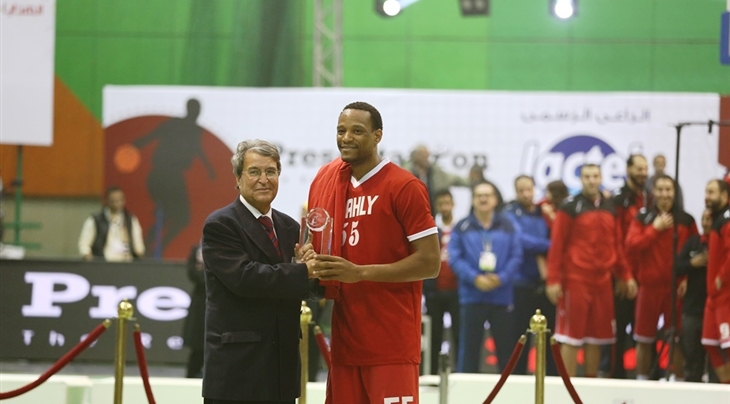 The Egyptian club Al-Ahly took home the top price at the 31st edition of the FIBA Africa Basketball Club Championship on 16 December.

It was not an easy win. Al-Ahly managed to snatch the gold medal from Angola’s Recreativo do Libolo thanks to the difference of two points. The final match ended with a score of 68-66 in Al-Ahly’s favour.

In the match set to determine the winner of the bronze medal, Morocco’s AS Sale defeated Nigeria’s Kano Pillars by a final score of 88-76.

Arnold and Cummings are two basketball professional players from the US. Al-Ahly signed with them to play at the championship and paid $10,000 for each player.

Tarek Khairy, Al-Ahly basketball team coach, told Daily News Egypt: “When I chose them, I chose players that can play with a high performance in more than one position.”

It was a wise choice as the presence of both players from the US made a great difference in the championship, especially Arnold, who won the title of best player at this tournament.

Egypt, Algeria to face off in Emirates Airlines Men’s Basketball Championship on Tuesday