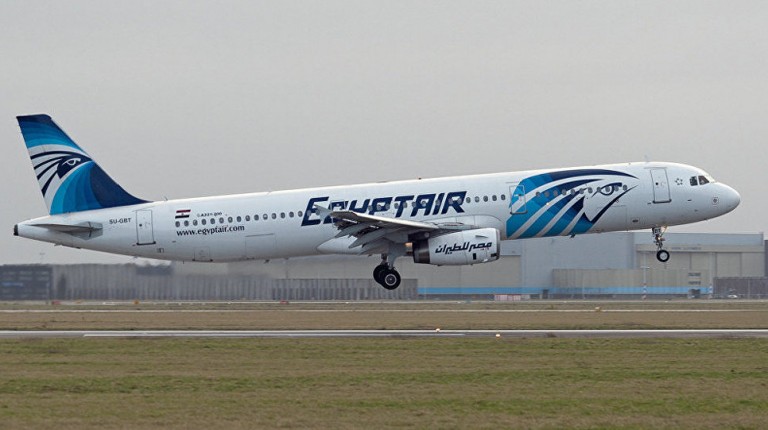 France’s BEA Air Crash Investigation Agency said on Thursday that conclusions regarding the crash of EgyptAir flight MS804 cannot be drawn as the causes are still being investigated. The aeroplane crashed in May while en route from Paris to Cairo.

This came in response to the Egyptian Ministry of Civil Aviation’s statement claiming that traces of explosives were found in the remains of the victims of the crashed flight.

According to Reuters, BEA’s spokesperson said that there is no detailed information regarding the conditions and ways in which samples were taken, and it is not currently possible to reach conclusions concerning the causes of the accident.

French foreign minister Jean-Marc Ayrault issued a press release following the claim made by Egyptian investigators, in which he said he hopes Egypt hands over the remains of French nationals who were killed on the flight.

Mutual accusations between Egypt and France have taken place, while the former insists that the crash happened as a result of a lack of security measures at France’s Charles De Gaulle airport, implying that the crash was the result of a terrorist attack. France said that failures in the regular check-ups on the aeroplane were the cause, an accusation that Egypt refused.

In September, French newspaper Le Figaro reported that the French investigation team found TNT traces in the aeroplane’s debris. It added that French investigators were prevented from carrying out further tests or observations following their discovery.

On 19 May, the EgyptAir flight crashed into the Mediterranean Sea, killing all 56 passengers and 10 crew members on board. The victims included 15 French nationals. The flight disappeared from Greek and Egyptian radar systems while flying over the Mediterranean Sea, with no signals being emitted from the aeroplane. No terrorist group has claimed responsibility for the crash. The six-month long investigation into its cause is still ongoing, amid reported diplomatic tension between Egypt and France over the incident.

Cyprus to extradite EgyptAir flight hijacker to Cairo in March