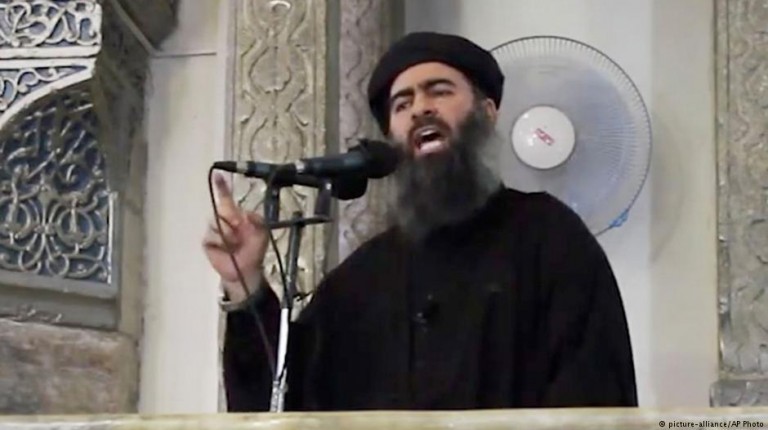 The US State Department’s Rewards for Justice programme will award the $25m (23.9m euros) for information that will help locate, arrest, or convict the head of the Islamic State (IS) jihadi group.

“Under al-Baghdadi, IS has been responsible for the deaths of thousands of civilians in the Middle East, including the brutal murder of numerous civilian hostages,” the department said in a statement on Friday, adding that the threat he poses has “increased significantly.”

The increase more than doubles the previous $10m reward for the IS leader, which was first introduced in 2011.

Details of the new bounty were immediately tweeted by Brett McGurk, Special US Presidential Envoy for Global Coalition to Counter IS.

The new offer comes as US-backed local forces close in on the jihadist movement’s main urban strongholds in Iraq and Syria, the cities of Mosul and Raqqa.

The Iraqi, whose real name is Ibrahim al-Samarrai, declared himself the caliph of a huge swath of Iraq and Syria two years ago.

Baghdadi tends to keep a low profile, but last month released a defiant video message urging his supporters to defend Mosul against being retaken by Iraqi and Kurdish forces.

Although his exact location is not clear, reports have said he may be in the Islamic State-held city of Mosul, Iraq, or in IS-held territory close to the border with Syria.

Baghdadi on the move

Kurdish officials believe that the ongoing military assault on Mosul is forcing Baghdadi and his top lieutenants to move around more often.

On several occasions, he has been reported wounded in US-led coalition air strikes, but the claims have never been verified, and his apparent survival has added to his mystique.

His two second-in-commands, Abu Ali al-Anbari and Abu Muslim al-Turkmani, who were both known by several others names, were killed by coalition forces over the past two years.

Baghdadi was born in Samarra, Iraq, in 1971, has a PhD in Islamic studies, and has four children with his first wife – two boys and two girls born between 2000 and 2008.

The Iraqi government says he joined the insurgency that erupted after the 2003 US-led invasion of Iraq and spent time in an American military prison.