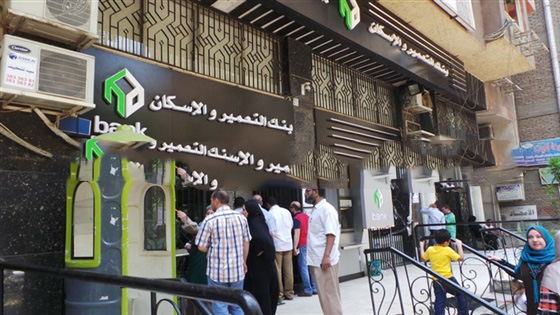 Temenos, the software specialist for banking and finance, announced on Sunday that the Housing and Development Bank-Egypt has successfully gone live with Temenos Core banking system. Masaref, Temenos’ Egyptian partner, implemented the transformation project within two years, overcoming the challenge of replacing an in-house legacy system, which had been deeply customised to cater to the bank’s specific needs.

The statement added that the bank’s choice to replace their in-house legacy systems with Temenos Core banking universal suite will support the bank’s ambitious growth plans, including opening new branches and developing new products to increase its customer base.

The implementation project, which involved the training of over 1,000 bankers and migrating the data for the bank’s 1.5 million customers, followed the ambitious “Big Bang Approach” across all 64 branches, according to Temenos.

This allowed all of the bank’s operations to benefit from the new technology in the quickest possible timeframe.

“With our ambitious expansion plans, deploying state-of-the-art technology was becoming an imperative. Now, with Temenos banking solutions in place, we can deliver our growth strategy and increase our customer base through an enhanced customer experience and new product development capabilities,” said Fathy El-Sebai, the chairperson of Housing and Development Bank-Egypt, in the statement.

He added that as the leading real-estate bank in Egypt, increased efficiency and control over internal procedures will enable the bank to continue to achieve profitability ratios and statutory reporting compliance.

“This puts HDB in a leading position among Egyptian banks and in a top position compared to any other bank in the real estate business in the country,” he noted.

“Data and Transaction Services (DTS) company, one of the companies under the umbrella of the Housing and Development Bank since 2009, played a key role in the management of the project and helped liaise between Temenos partners and the bank on various fronts,” El-Sebai added.

Jean Paul Mergeai, the managing director for the Middle East and Africa at Temenos, commented that they are delighted to add the Housing and Development Bank to the growing list of our live references in Egypt.