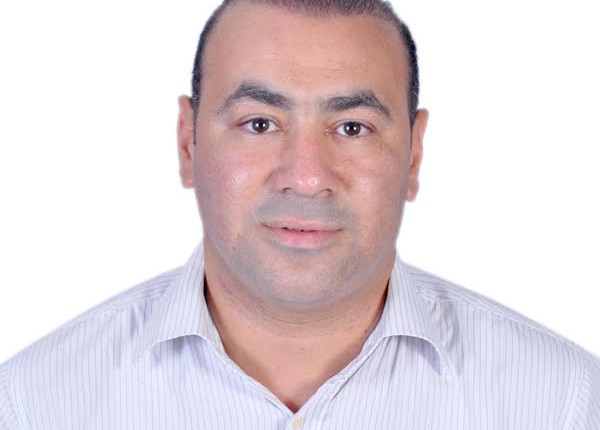 The Muslim Brotherhood is a fundamentalist group, and subsequently they believe they possess the absolute truth. They are ultra-conservative. They were founded on fundamentalist approaches. They base everything on religion. They consider the Qur’an, Haddith, and Sunna to be the ultimate sources of all types of knowledge. Brotherhood founder Hassan Al-Banna highlighted the importance of following the Islamic approach; however, he mentioned that they “may use new things”, without specifying what he meant by that.

Al-Banna followed a different strategy and came up with many new details in the group. However, the basic principles they followed were radical. In his messages, Al-Banna stated that their “approach is to reform society using the rules and teachings of Islam and the Islamic approach to dominate all aspects of life”. That shows that the approach Al-Banna followed was radical. The idea of dominating all aspects of life is crystal clear in the path they followed. This domineering attitude has usually been behind all types of backlashes. In his messages and speeches to his followers, he focused on the moral aspect to every single human activity. He adhered to “Islamising” every single practice, to the extent that he even wanted people not to drink tea. His approach was to change all everyday life activities so that they could suit the Islamic way, according to his understanding. Al-Banna started his mission in 1928, at a time when the leading liberal party in Egypt was Al-Wafd. There were many foreigners living in Egypt. Egypt was occupied by The United Kingdom, so there was a lot of western influence. Thus, many Egyptians were more or less westernised. Nevertheless, Al-Banna did not see any chance of working with the existing power. He wanted to replace them with pure Islamic ones. In his messages to the nation and to his group, he dealt with all issues. He explained in detail what he planned to do to start the Islamic society; nonetheless, he did not see that the deeply rooted traditions of the Egyptian society may not be ready or willing to abide by his teachings and rules, even if these were Islam’s, according to his definition of Islam.

He wanted the radio to be used for moral and cultural reasons. He was against songs that dealt with emotions, claiming these were not good for men. According to Al-Banna, cinema and drama should have national goals, and all the permissive works of art had to be stopped. He was against mixed schools and universities.

According to Al-Banna, people should be advised on best public behaviour and whoever broke these codes had to be punished—that can clearly show what kind of society would be created according to him, similar to the Saudi group known as the Committee for the Promotion of Virtue and the Prevention of Vice. The members of this group patrol the streets enforcing dress code, strict separation of men and women, and prayers. The question remains: what kind of virtue is it if people are forced to do it?

Al-Banna, in his pursuit to achieve his goal of revitalising Islam, did not clearly observe the nature and basic powers that made up the Egyptian society at this time. According to Andrew Heywood in his definition of the basic principles of liberalism, “there has to be a strict separation between the public sphere of life and the private sphere where everyone is free to do as he/she pleases”.

Failing to understand the power of the liberal thought in Egypt at this time created a great animosity with Al-Wafd party, which was very popular in Egypt at the time the Brotherhood was still trying to ensure a place in the political arena.

Mustafa El-Nahass Pasha (1879-1965) was also popular and love by many. He is still considered a historical figure by many Egyptians. He showed admiration to Kamal Ataturk (1881-1938) as a statesman, who was able to change Turkey from a weak country to a modern country. El-Nahass’ focus was in the idea of that promising modern state; however, Al-Banna was not able to understand the logic of El-Nahass and sent him a message, blaming him for showing such admiration to a leader who willingly opposed many of the teachings of religion.

The Muslim Brotherhood ideology and approach ignored other political players in the scene. They did not realistically assess their powers. Most of the rich people of the country and many Copts were members of Al-Wafd party. They had a lot of political, social, and economic influence. What Al-Banna tried to do at this time was to terminate Al-Wafd party, but his plan failed.

It seems that the Brotherhood could not figure out a way to co-exist with the existing power and tried to annihilate them. Nonetheless, they could not do that. They ended up using violence. They assassinated Mahmud Fahmi Al-Nuqrashi, who was the prime minister in December 1948. They tried to assassinate Gamal Abdel Nasser in 1954. They were not able to use political means to solve a political conflict. Resorting to violence was their plan B.

The Muslim Brotherhood was controlled by its ideas and beliefs about how change can be brought about. “The world must be made anew,” explained Heywood. They wanted to change the existing power with their own power. The problem has often been a practical one. They usually lacked the practical tools. They did not envision what could be practically done to change reality. Ideas alone do not change reality.

The same thing happened again in 2012 when ousted Islamist president Mohamed Morsi, who stayed in office for only a little under a year, could not fully understand the fabric that the Egyptian society was made of, nor was he able to deal with the existing political powers. The result was losing the power he almost never had.

Sherif Rizq is a researcher in international relations.

2018 elections will be a ceremonial referendum: Wahid Abd Al-Majid

Time is ripe for reconciliation between the regime and the Muslim Brotherhood: Saad Eddin Ibrahim