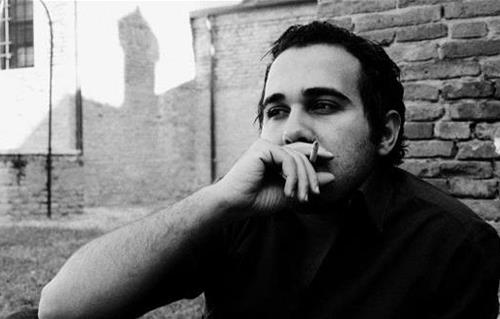 The Cassation Court decided on Sunday to suspend the prison sentence of novelist Ahmed Nagy.

The court reportedly prohibited Nagy from travelling until it looks into the subject of his appeal against the prison verdict. A court session was scheduled for 1 January 2017, according to rights lawyer Khaled Ali.

Nagy is serving a two-year prison sentence over charges of public indecency related to sexual content in one of his novels.

According to Ali, the defence team included prominent lawyers Negad El-Borai and Nasser Amin, as well as Mohamed Eissa and Mahmoud Othman.

According to Eissa, Sunday’s session was the second for Nagy’s appeal. The lawyer published on his social media account a copy of the court’s order for the “temporary suspension of Nagy’s verdict, until the case is examined in January”.

In legal terms, the court accepted Nagy’s appeal in principle, but will still decide on whether the verdict should be upheld or dismissed in January’s session.

“The Use of Life” is the title of Nagy’s novel. Although published in 2014, it was one of the book’s chapters that was republished by Akhbar al-Adab, a literary magazine run by state-owned Akhbar Al-Youm, that caused Nagy’s imprisonment.

The novel had already been published by Dar El-Tanweer publishing house without being censored by authorities. Nagy’s book was initially printed outside Egypt, and thus, circumvented state oversight, according to Mahmoud Osman, a lawyer at the Association for Freedom of Thought and Expression (AFTE).

The court will find itself in front of two opposing verdicts: one issued in January acquitting Nagy from charges and another issued in February sentencing him to two years.

AFTE published the details of the first acquittal verdict issued by the court, which stated that freedom of expression and opinion disallows the state from preventing a textual document from being published. The court also called the moral evaluation of textual documents relative, stating that a moral assessment of Nagy’s work as containing “offensive content that violates public morality” cannot be proved through appeal to a universal standard. Finally, the court argued that the sexual content published by Nagy was previously featured in other literary works and therefore not exceptional.

On the other hand, according to a copy of the court’s reasoning of the imprisonment penalty published in the state-owned Al-Ahram, Nagy used obscene language and violated public morals, as the novel lures the public into sexual immorality by portraying adultery between a man and a woman.

Describing the novel as “poisonous”, the court said that Nagy’s case falls outside the scope of freedom of thought and creativity guaranteed by the constitution, because he intended to offend and destroy religious and social morals.