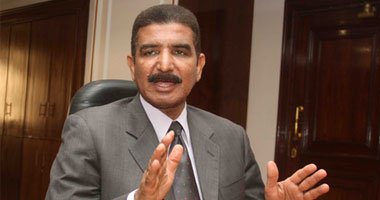 The Construction Companies’ Compensations Committee has settled on the mechanism that will allow the state to compensate companies working on government contracts. The mechanism is part of a new law currently being drafted by the parliament which is expected to be passed by the end of the month.

The committee has decided to compensate companies at the start of 2017. Part of the compensation will be a set percentage of the value of the government contract, and another part will be determined by the mechanism put in place by the committee once the law is approved.

Mohamed Naser, head of the committee and chairperson of the Central Agency for Reconstruction, told Daily News Egypt that the parliament has agreed to allow the committee to determine the value of the compensation.

Naser said that the committee has decided to pay an immediate compensation to companies. It will be a certain percentage of the value of each contract. The percentage is being discussed by the different agencies that are part of the committee, which will also determine the remainder of the compensation before presenting it to parliament.

“The law will be issued by the end of the month,” Nasser said. “The committee has decided the value of the compensation as well as the controls to be applied to each contract in order to pay the dues of companies once the law is issued.”

Naser explained that the committee has resorted to paying the compensations as a response to the demands of companies. Each contract will be examined separately according to the controls specified by the committee. Paying a unified compensation for all contracts was ruled out, according to Naser.

He added that each ministry or entity has been tasked with researching the impact of any increase in the cost of construction materials, the value-added tax and the flotation of the pound to determine suitable compensation.

The Ministry of Housing has agreed with the EFCBC to prepare a memorandum to be submitted to the cabinet outlining the expected compensation to be paid to affected contractors. The EFCBC will also amend one of the articles in the law regulating tenders and auctions due to frequent complaints regarding the high prices of building materials in light of the dollar crisis and some companies’ inability to complete their projects.

Nasser said that the committee will determine the compensation rate and rules in December and wait for the final approval of the law by the parliament.

The EFCBC has submitted a memorandum to the parliament asking that they consider all the elements of the construction contracts when studying the price differences, which is currently limited to only steel and cement. It came amid frequent price hikes on all building materials, according to the retail prices issued monthly by the Central Agency for Public Mobilization and Statistics. The EFCBC suggested paying 15% of the companies’ dues in exchange for the construction works which were carried out from mid-March until the committee completes the calculation of compensation.

The committee demanded to speed up the adoption of the balanced contract to protect the interests of companies, and compensate the contracts, which do not include price differentials based on business value. It also demanded granting the contracting companies a six-month extension so as to avoid any fines as a result of delays.