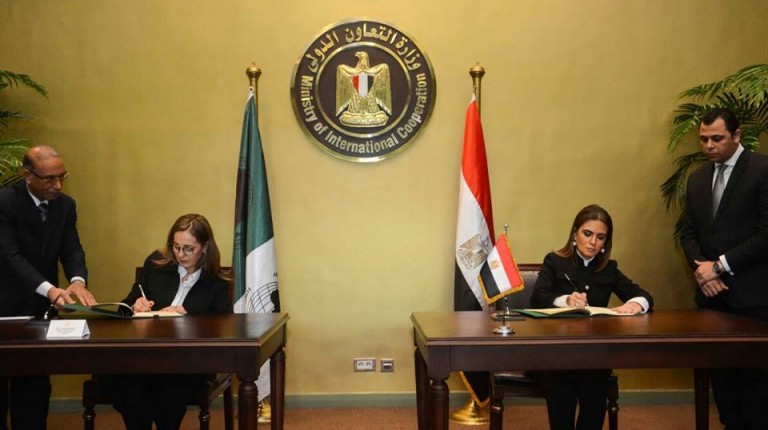 On Monday, the Minister of International Cooperation Sahar Nasr signed an agreement with Leila Mokaddem, resident representative of the African Development Bank (AFDB) to receive $500m as the second tranche of a $1.5bn loan. The loan was agreed on last year.

The tranche will be given to Egypt in January 2017, according to Prajesh Bhakta, chief country programme officer at AFDB.

Nasr explained during a press conference that the second tranche has the same conditions as the first, which includes a 1.2% interest rate with a five-year grace period, and a repayment period of 25 years.

She said that the loan will be used mainly to supplement the country’s budget, and also to finance governmental plans to develop infrastructure in the poorest areas in Egyptian governorates, such as Aswan.

She added that the ministry wants to cooperate with the Minister of Social Solidarity Ghada Waly to increase the number of beneficiaries of social safety programmes, such as Karama and Takaful (dignity and solidarity), which are governmental initiatives launched by the Ministry of Social Solidarity to address poverty in governorates across Egypt.

“Egypt made an agreement with the bank to allocate $400m from the loan to support social safety programmes,” Nasr said. “We have received $200m, and are currently working on receiving the rest of it.”

The minister added that the governmental programme considers using such loans to finance construction projects, due to its economic effect that creates jobs, infrastructure, and homes for those in need.

The minister told Daily News Egypt during the press conference that the World Bank’s board of directors will hold a meeting on Tuesday to discuss the second tranche of the bank’s loan to Egypt. The bank has agreed to loan Egypt $3bn over three tranches.

She said that the ministry is in talks with World Bank representatives to increase Egypt’s portfolio with the bank, and to discuss the possibility of financing private sector projects.