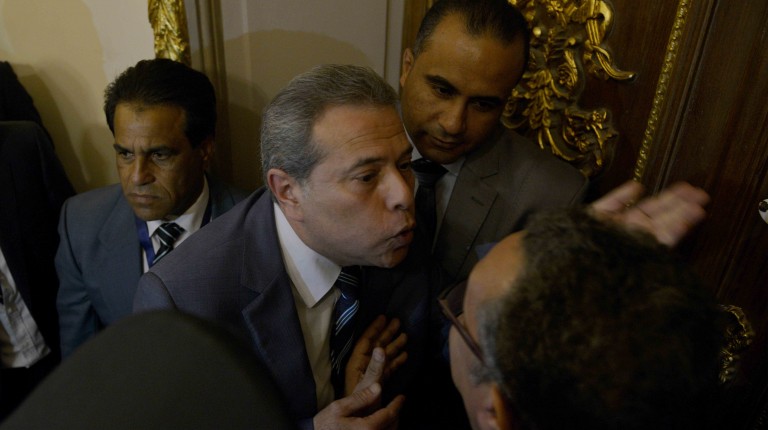 The High Administrative Court postponed on Monday the appeal of former member of parliament and TV host Tawfik Okasha against his expulsion from parliament to 21 January.

The court will review documents presented by Okasha’s defence. The court also ordered Okasha to submit certain documents in the next court session.

In March, Okasha was expelled from parliament following a two-thirds majority vote in the House of Representatives. Okasha had angered parliamentarians after meeting unofficially with the Israeli ambassador in Cairo.

Okasha’s defence argued that the vote which expelled him from parliament was invalid, calling it a plot against him orchestrated by other members of parliament. They added that the meeting between him and the ambassador was not held in secret. Okasha said the ambassador was protected by security guards from the Ministry of Interior and that he had secured permission from Egyptian intelligence.

Some of Okasha’s supporters attended the hearing.

The parliament had accused Okasha of hosting a foreign diplomat and discussing matters of national importance, such as the Grand Ethiopian Renaissance Dam, which the parliament considered to be unauthorised, which bypassed executive authority and the authority of the Ministry of Foreign Affairs.