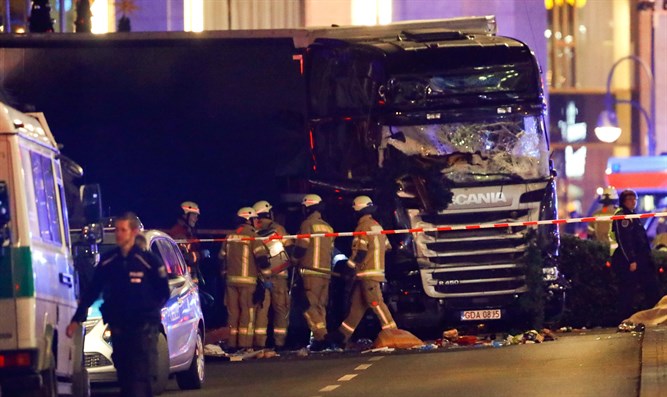 Egypt has condemned the deadly attacks that took place in Turkey’s capital of Ankara and Germany’s capital of Berlin on Monday. The attack in Ankara left the Russian ambassador to Turkey dead and Berlin’s attack killed at least 12 and injured about 48.

In a statement issued by Egypt’s Foreign Affairs Ministry following Ankara’s attack, Egypt severely condemned the killing of the Russian ambassador to Turkey while at a press conference. The statement has expressed Egypt’s condolences for the attack, stressing that it is standing by Russia during this humanitarian crisis and supporting all international efforts that target combating terrorism.

Following the attack, Russian president Vladimir Putin said in a televised statement that the killing of the Russian ambassador intends to implicate tension on Turkish-Russian relations. He added that it also attempts to slow down the talks of Russia, Turkey, and Iran to find a solution for Syria.

The gunman who killed the Russian ambassador reportedly said following the assassination that he did so for the sake of the Syrian city of Aleppo that is being attacked by Russian forces. While Russia has been allying with Syrian president Bashar Al-Assad and fighting with him, Turkey used to back the rebels. However, it softened its position and is currently negotiating with Russia and Iran, who both support Al-Assad.

Turkish president Recep Tayyip Erdoğan also issued a statement saying that the assassination is an attempt to provoke Turkish-Russian relations, but to no avail.

Protests erupted in Turkey over the past few days following reported mass killings in Aleppo executed by Al-Assad and his allies Russia and Iran.

In 2015, Turkish air forces deliberately shot down a Russian aircraft. However, Turkey said that it did not know the nationality of the aircraft that was flying near the Turkish-Syrian borders. In response, Russia halted tourism to Turkey for about two months after the incident.

In a separate statement that was issued following Berlin’s attack, Egypt’s Foreign Affairs Ministry also condemned the attack as a truck ran over citizens at a Christmas market. The statement said that the terrorist organisations should be followed and destroyed as they threaten the stability of societies.

No specific group has claimed responsibility for the attack in Berlin; however, Islamic State has carried out several terrorist attacks in Germany over the past few months.

Another attack took place on Monday in a Zurich Islamic centre in Switzerland. At least three people were injured when a gunman stormed into a Muslim prayer hall and started shooting randomly. No deaths were reported.

In Video : Russian ambassador to Turkey assassinated in front of cameras