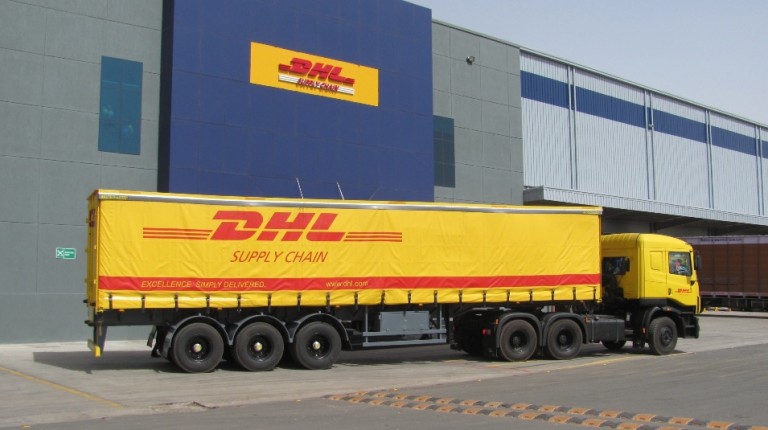 DHL Express, a leading logistics service provider, announced in a press conference held on Tuesday at the Ministry of Administrative Development its partnership with the Egyptian government to promote its Sustainable Development Strategy: Egypt Vision 2030, launched by President Abdel Fattah Al-Sisi in February.

The conference was held in the presence of the Minister of Planning and Administrative Development Ashraf El-Araby, the DHL Middle East and North Africa CEO Nour Suliman, and country manager of DHL Express Ahmed Elfangary.

El-Araby said that Egypt’s sustainable development strategy has three main aspects: environmental, social, and economic. He added that the ministry has done lots of work on long-term strategies, and a constant monitoring of performance through more than 250 performance indicators that reflect the outcome of the efforts made in terms of sustainable development. “The first aspect of our strategy was to prepare a vision, and the second was to promote it locally and internationally,” El-Araby said. “We have a clear vision and we are happy about DHL’s initiative to partner with us, especially given its history and performance around the world.” He noted that the vision’s logo on all packages delivered by DHL will promote it greatly.

Suliman said that DHL has 500,000 employees around the world, with 6,000 of them being in the region. “We have many locations around the world, and we plan to introduce investors to the Egyptian strategy through them,” he said. “We are very keen on supporting the Egyptian economy during this phase and we believe now is the best time to invest.” He noted that DHL plans to inject about EGP 1bn in the second phase of their investments to create a hub in Egypt.

“Our partnership with the Egyptian government is a strategic collaboration that goes back almost 40 years ago when DHL pioneered the Egyptian express market,” Elfangary said. “Ever since, we have invested in our capacity to drive growth for Egyptian businesses and we continue to do so through this agreement today.” He said that so far, about two million packages were delivered form DHL with the vision’s logo on them.

El-Araby noted that a large economic conference will take place in March, to celebrate a year since the launch of the strategy and to announce its outcomes.

The misconception of sustainable development in Egypt